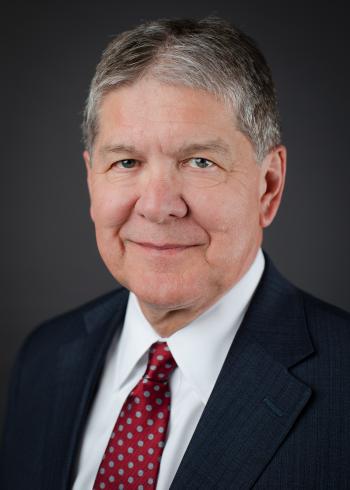 Steven Baumert was appointed president and CEO of Methodist Jennie Edmundson Hospital in 2007. He joined the Hospital in 1981 as assistant director of physical therapy and served in various roles, including senior vice president of operations. In his current position, Baumert also serves as the president of Jennie Edmundson Memorial Hospital Foundation, Women’s Christian Association and Healthcare Partners of Western Iowa.

During his tenure, Baumert has played key roles in a number of construction projects and facility improvements, and has been instrumental in the upgrade and expansion of services and technology. Baumert also oversaw the development of southwestern Iowa’s first breast health care program, including the area’s only accredited cancer center.

Baumert currently sits on the boards of directors of the Council Bluffs Chamber of Commerce, MICAH House, Midlands Choice and Healthcare Partners of Western Iowa. He also serves on the Iowa Hospital Association’s Council on Health Information and the Curriculum Committee of Leadership Council Bluffs.