Many of my patients take an 81 mg baby aspirin daily. When I ask why, I get a variety of answers and often puzzled looks.

Some patients reason that it’s over-the-counter and safe. Others say they’re hoping to prevent heart attacks, strokes and cancer. Some don’t know why, just that somebody recommended it along the way. And some simply reply, “Why not?”

With new research questioning daily aspirin use, many people are wondering if that aspirin is the right decision for them.

How Does Aspirin Work?

As an antiplatelet medication. This means it stops platelets (involved in forming blood clots) from sticking together. This can be beneficial in preventing and treating heart disease and stroke.

As a nonsteroidal anti-inflammatory drug. At high doses, it can reduce inflammation, treat pain and relieve fevers.

By blocking the production of certain molecules and altering chemical pathways. There is some evidence that this may play a role in reducing the risk of colon cancer. However, aspirin’s interference with many of these same pathways decreases the stomach’s ability to protect itself from acid, which can cause ulcers and increase the risk of bleeding.

We know that taking a daily aspirin is critical to preventing a second heart attack or stroke. This is an example of secondary prevention. 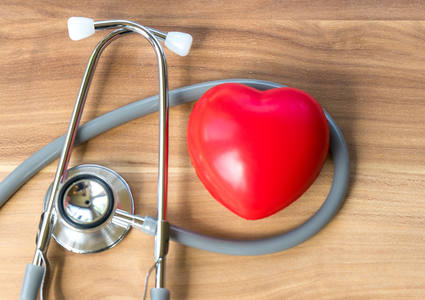 The topic remains somewhat contentious, with differing recommendations from different groups. There’s more research to be done, but here’s what we know:

A study published this month found that daily aspirin use for primary prevention by elderly people didn’t significantly lower the risk of cardiovascular disease but did result in a significantly higher risk of gastrointestinal and intracranial bleeding.

Heart attack: Studies have shown that taking aspirin daily for 10 years for primary prevention can reduce the risk of a nonfatal heart attack by 22 percent. It can also reduce dying from any cause by 6 percent for healthy adults.

Gender: Men who take aspirin are more likely to have a reduced risk of a heart attack while women seem to have fewer strokes.

Dosage: More is not always better. We believe aspirin’s heart-health benefits are the same for doses between 75 and 325 mg daily.

There is less data for preventing colon cancer than for heart heath. One study found no effect on colon cancer diagnosis or death after 12 years of daily aspirin use. Another found a 24 percent reduction in the risk of colon cancer and a possible decrease in mortality associated with all cancers over 20 years – the greatest benefit being seen with the longest use.

A second study published in September observed higher mortality among elderly aspirin users, but noted that “In the context of previous studies, this result was unexpected and should be interpreted with caution.”

The best dose for cancer prevention is unknown.

A third study published in September cast doubt on aspirin’s reputation, concluding that its use among the elderly made no difference to their disability-free survival (free from dementia or persistent physical disability) while recording a higher rate of bleeding. 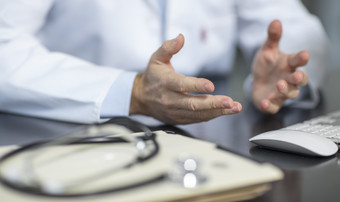 What Are the Risks of Aspirin?

Many people assume that since aspirin is over-the-counter, it must be safe, and it generally is. However, there are risks and side effects from all medications that shouldn’t be overlooked.

Perhaps the most worrisome side effect of aspirin is the significantly increased risk of major nonfatal bleeding, most commonly from the stomach and GI tract. This isn’t surprising since aspirin increases the risk of stomach ulcers and stomach inflammation. Brain bleeds are a rare but life-threatening possibility with daily aspirin use.

Some people have a higher risk of bleeding. They frequently:

Is Daily Aspirin Right for Me?

The strongest evidence for aspirin as primary prevention for heart disease is for people who are all of the following:

Outside of this age group, most experts either recommend against daily aspirin or encourage individualized decisions with your physician.

Recommendations for aspirin use in primary prevention are complex. Is it right for you? Start by talking with your Methodist Physicians Clinic provider. Together, you should consider the benefits while weighing your risk for heart disease, stroke and serious bleeding.

Remember: Taking aspirin daily is only one part of the bigger picture of preventative health. Eating healthy, exercising, quitting smoking and controlling other risk factors play a tremendous role in heart health. As for colon cancer, regular screenings are far more effective for prevention, detection and treatment.

A child of a military family, internal medicine physician Dr. Shana Peper was raised to be selfless and do whatever she could to help others.

She treats a wide range of patients at Methodist Physicians Clinic Indian Hills. 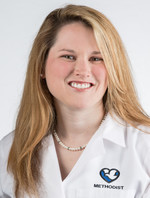