Surviving PTSI: How an Army Veteran Avoided the Injury Many Call a Disorder

Having completed two tours overseas, Joe Poore, director of surgical services for Methodist Jennie Edmundson Hospital, has tried to forget a lot about his time as an infantry soldier with the U.S. Army. One thing he will never forget, though, is stepping off the plane and into his mother’s arms following his last deployment.

He recalled that moment – returning home from Iraq in 2004: “When my mom stopped crying and stopped hugging me, she looked at me and said, ‘Your eyes – they’re so sunken in, and you look so much older. You’re just so different.’”

The woman who knew him better than anyone gave him the wake-up call he needed. 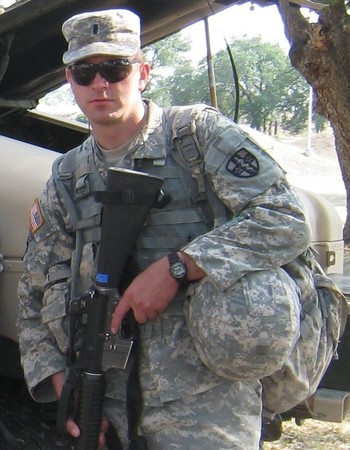 Growing up, the thought of joining the military seemed “really cool” to Joe.

When Joe was in high school, an Army recruiter took him on a weekend drill.

“And that’s when I fell in love with the infantry. I decided I wanted to join.”

But he wasn’t prepared for some of the things he’d experience and the comrades he’d lose.

He won’t discuss what happened overseas. If he talks about it, he might relive it. And for someone diagnosed with adjustment disorder, that’s the last thing he needs.

“That diagnosis was a tough pill to swallow,” he said. “I thought, ‘There’s no way I’m having a hard time adjusting to life back home. I was only gone for one year. There’s no way one year could have changed me.’”

For a while, he couldn’t sleep in a bed with his wife because he was so used to sleeping on the floor or in a Humvee®. He would see something that looked like the perfect spot to hide an improvised explosive device (IED), and he’d have to leave the area immediately. Regardless of where he went, he always looked behind his back. He avoided crowds – being around a lot of people made him anxious.

While he’s not fond of the word disorder, “it made me want to get help. I didn’t want that stigma of having a mental illness.”

Joe will be the first to admit: “I don’t have a lot of photos from overseas.”

While he returned home with several rolls of film, he ended up burning most of the photos he had processed.

And triggers are something he deals with every day.

“Every day something reminds me of something from over there.”

But he’s able to stop those thoughts from taking over. He credits the therapy he received, his newfound hobby of woodworking and his mother’s constant pursuit of trying to normalize life back at home for him.

“She would drop off food all the time – stuff that I used to love to eat before I went overseas. She would call me – ask how my day was. We never talked about the Army. It was always the same conversations we had before the Army. While everyone else was asking, ‘So you went overseas? Did you kill anybody?’ she kept all of that out of the equation. That, to me, is what helped cleanse me of all the bad I was holding onto.”

Joe has always had a close relationship with his mother.

“Again, she noticed it the second I walked off that plane. She knew I wasn’t the same person. I think that, right there, is what prevented me from going from adjustment disorder to PTSI (post-traumatic stress injury).”

Often referred to as post-traumatic stress disorder or PTSD, Joe refuses to call it that. 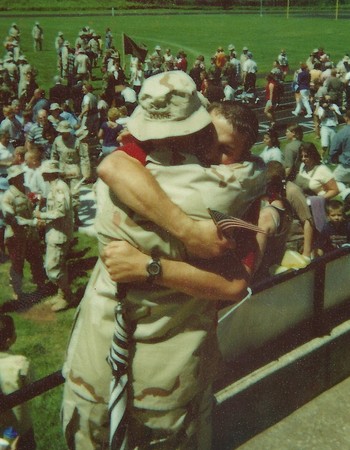 Having lost a close friend to PTSI, Joe believes the solution is simple but concerted: Kill the stigma and keep close to those you love.

This article is written in memory of Joe’s friend – and anyone else who has lost their battle with PTSI. 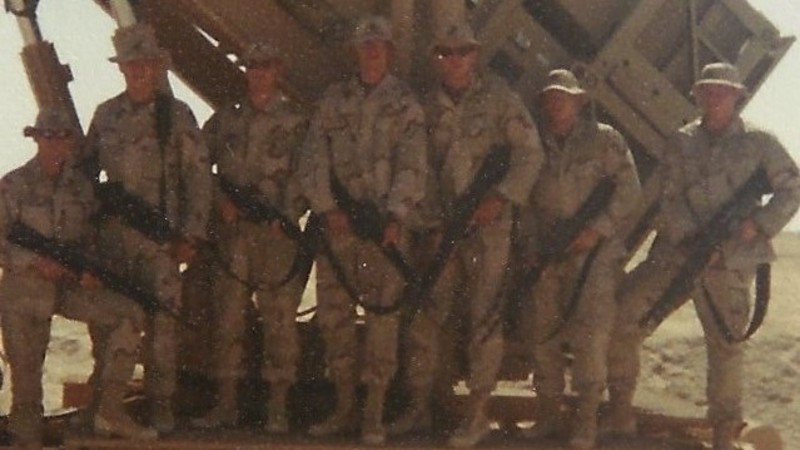