Down but Not Out: Survivor Battles Physical, Emotional Effects of Testicular Cancer

Published: Oct. 14, 2019
Brian Niedzwiecki has a message for young adults battling cancer: “It’s OK to cry. It’s OK to be anxious. It’s OK to be depressed. What you cannot do is let those emotions control your life.”

His advice comes from his own experience dealing with the physical and emotional fallout of a cancer diagnosis.

Brian, 30, struggled with unexplained health issues for months in 2017. There was pain in his hips and stomach. He experienced fevers and sudden weight loss. He’d visit the doctor, but there were few solid answers and little relief.

Then, noticing something didn’t feel right, he performed a self-exam and found a hard spot on his testicle. Another doctor’s visit and tests finally identified the problem: stage 2 testicular cancer.

Within days, Brian had surgery to remove the testicle. But his battle was just beginning.

The tumor had metastasized to an abdominal lymph node, wrapping around his ureter and was causing kidney problems. The lymph node measured 11 centimeters, almost the size of a softball. Nine weeks of chemotherapy at Methodist Estabrook Cancer Center shrank the tumor enough that he avoided major surgery to remove it.

Brian was cancer-free but a different man. Before cancer, he had run a marathon, completed a Half-Ironman Triathlon and hiked the Grand Canyon. He was a certified strength and conditioning specialist, but the chemo had robbed him of his energy, zapped his strength and damaged his lungs.

The end of treatment marked the start of an emotional roller coaster. Cancer had left him “battered and broken.” Now much of the support he received during treatment seemed to disappear. He felt like he was on his own.

“I’ve struggled a lot with anxiety and depression,” he said. “Just questioning everything about my life. Is it going in the right direction? What do I want to do?”

He didn’t have all the answers, but he knew he had to take control.

The Road to Emotional Recovery

Brian began working with a psychologist at Nebraska Cancer Specialists on strategies to combat his depression. He’s also used several Harper’s Hope services: a dietitian, a behavioral health counselor and a young adult support group. That group is a collaborative effort called Snap and Chat.

“The Snap and Chat support group specifically was very beneficial to my overall psychology during recovery because this was my first opportunity to meet someone who has been through it, and they’re at a similar point in life as me,” he said. “You meet people that are still trying to figure out who they are in life, and then they get hit with this diagnosis.”

Snap and Chat participants meet weekly and each share a photo based on a theme. It’s a starting point for conversations that can go in any direction.

“It’s really whatever is kind of speaking to them or where they are in a particular week,” said Colleen Hoarty, LCSW, a social worker at Methodist Estabrook Cancer Center who helps coordinate the group. “The group members feel like it’s a safe place for them to connect with other people in their age group.”

Brian has taken part in the four-week program three times and finds value beyond the walls of the cancer center, whether it’s incorporating meditation into his routine or having someone to lean on during difficult moments.

“I still talk to a lot of those people in that group,” he said. “They’ve helped me out a lot.” 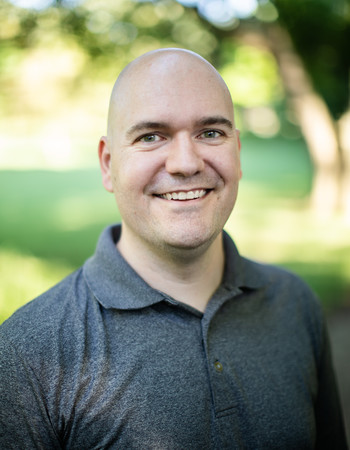 “I’m Going to Continue to Fight This”

Brian’s path to recovery has been rocky – especially the emotional aspects. There are moments when depression and doubt take their toll. Things are improving, but he knows he’s not out of the woods yet.

“I looked death straight in the face,” he said. “It’s like, ‘OK, I just faced death.’ And I feel like I’m on borrowed time. What am I going to do with it? That’s the million dollar question right now.”

But Brian’s ambition is still there, and little by little, he’s moving forward. He wants to learn to write music. He’s also getting back into cycling, a sport he’s always loved – but he’s careful not to compare himself to who he was.

Perhaps most important is that he’s focusing on relationships and getting to know people on a deeper level.

Brian still has doubts and fears, ups and downs. That’s natural, he said. The same advice he gives to others battling cancer is what drives him: