After 3rd Stroke, Methodist Patient Discovers She's Where She's 'Meant to Be'

It was early April when Staci Raddish – a 42-year-old special education coordinator who considers herself “in pretty good shape” – went in for her annual eye exam. Her optometrist took her blood pressure, and it was unusually high. 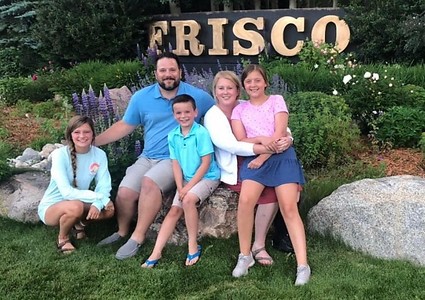 Staci made an appointment with her doctor the next day. As she was checking in, though, she forgot her name. She felt dizzy. Her blood pressure was 220 over 100. She eventually passed out.

“I ended up being fine,” Staci said. “But scans showed that I experienced two separate ministrokes just days apart.”

And just a couple weeks later, Staci suffered a third – the most serious of them all.

It was a Sunday evening. Staci was at home with her family.

“I started getting this tingly sensation on the left side of my body. And almost immediately I began slurring my words.”

Staci and her husband quickly went to their bedroom to have a private conversation. They didn’t want their three children – ages 15, 12 and 9 – to be alarmed. And that’s when it happened.

Staci’s husband dialed 911. All three of her children watched as an ambulance rushed their mother away.

Feeling at ease where she was meant to be

Staci was taken to the hospital closest to her house. When her family learned that she would be admitted, they asked that she be transferred to Methodist Hospital.

And in a letter detailing the situation, she wrote: “From the moment I arrived to Methodist, I felt at ease by the nurses. They were kind, took their time and made me feel as comfortable as I could.”

Within minutes of being greeted by those nurses, “I looked at my husband and said, ‘This is where I am meant to be,’” she wrote.

“I’m 48, so to see somebody that young go through something like this – it hit home,” Laackmann said.

Between visits to her room, Laackmann brought in anything she could find – newspapers, magazines, even the TV guide – for Staci to read.

“Not just for her to read,” Laackmann said, “but for her to read out loud. That’s the only way her speech would improve. These patients need to be able to hear how they sound, and they need to keep practicing that. If that simple task of speaking isn’t on repeat following a stroke, they’ll lose it.”

Staci recalled other nurses bringing in things for her to squeeze.

With every shift change, it seemed, Staci was introduced to helpful and compassionate faces that made her four-day hospital stay one she’ll never forget. 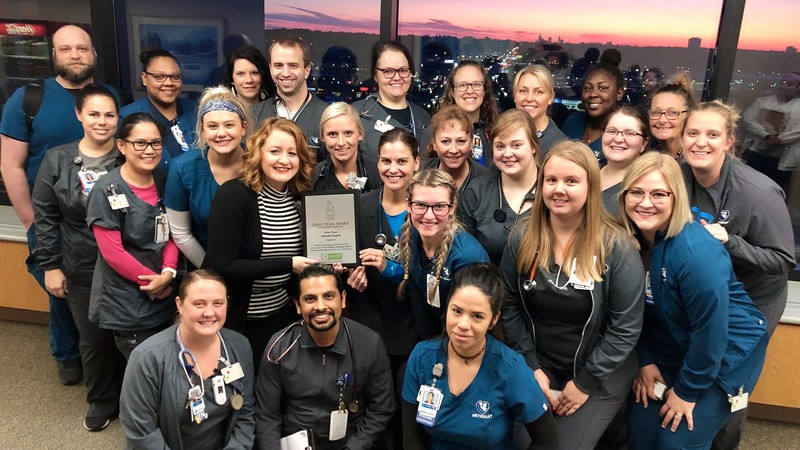 “Every single person I interacted with made me feel like their one and only patient,” Staci said. “No question I asked was stupid. When I cried, they cared. Anything I needed, they had. During a time when there was a lot of unknowns and throughout all my meltdowns, they made me feel safe and taken care of.”

For their unyielding dedication, the entire Methodist ortho/neuro nursing team was honored with The DAISY Award.

“I think we all know that for any one of these patients, this could be the worst day of their lives. So what are we going to do about it?” Laackmann said. “That’s how I see it. I think that’s how we all see it.”

“It gives me such a sense of pride to see them recognized,” said Janice Morgan, MSN, RN, CCRN, service executive for patient care at Methodist. “They see a lot of tough cases, but together, they make the best of them. They are truly the epitome of teamwork.”

Despite arriving at Methodist with limited left-side mobility and partial facial drooping, Staci is now “back to 100%” and walking a mile every day.

“I shared the news on my Facebook page – you know, of the group receiving the award,” Staci said. “And I included a quote from Booker T. Washington. It says: ‘If you want to lift yourself up, lift up someone else.’ And I hope they feel it. Because that’s exactly what they did for me.”