The Jennie Edmundson Foundation has begun a campaign to raise $100,000 to replace the hospital’s aging Medi-Bus, a service vehicle that has helped ensure health care access for thousands of people each year.

For nearly four decades, Methodist Jennie Edmundson Hospital has provided transportation at no charge to people dealing with chronic disease or undergoing therapy. Each year, the Medi-Bus Patient Transportation Program gives rides to approximately 3,000 patients and travels more than 28,000 miles. In many cases, passengers are elderly or low-income, with few alternatives for transportation.

“Lack of transportation is a barrier to receiving health care for people throughout the communities we serve,” said Tara Slevin, vice president of Volunteer Services and Foundation for Methodist Jennie Edmundson Hospital. “The foundation is dedicated to securing funding for programs that help people overcome these barriers.”

Making repeated trips to the Methodist Jennie Edmundson Cancer Center or to the hospital to receive physical therapy can be challenging for people who cannot drive. In addition, patients who are recovering from surgery, use wheelchairs or are dealing with the effects of chemotherapy may not be good candidates for public transportation.

“If they can’t access the care they need,” Slevin said, “some of these people will never get well.”

For many people, the Medi-Bus is the only means of accessing physical therapy, chemotherapy, radiation treatments, wound center therapy, cardiac rehabilitation and other essential health care.

Kathy Halverson-Rigatuso has been a volunteer at Jennie Edmundson since 2012, not long after she was diagnosed with chronic myeloid leukemia, which she continues to battle. Her mother, Helen Glynn, was a volunteer at the hospital for more than 30 years, until her death from pancreatic cancer in 2018 at age 95.

Kathy said nothing would prevent her mother from getting to the hospital – not even a major snowstorm several years ago that nearly shut down the city. But when Kathy, 75, underwent surgery on her knees this year, she couldn’t drive to the hospital for cancer treatments or physical therapy. Instead, she relied on the Medi-Bus.

“My son and grandsons live in Colorado,” said Kathy, who lost her husband to cancer in 2002. “I don’t like to impose on friends and neighbors to drive me over and over. The Medi-Bus was perfect for me.”

She rode the Medi-Bus three days a week to physical therapy appointments at the hospital.

“With the Medi-Bus, I knew I had a reliable source of transportation,” she said.

Kathy said many older adults can’t afford to take a taxi several times a week, or can’t physically board a city bus. “The Medi-Bus is a blessing for them,” she said.

Slevin said the Medi-Bus gives patients the assurance that they can get to and from the hospital while maintaining their dignity and self-respect.

The current Medi-Bus has been used for more than nine years, logging hundreds of thousands of miles while transporting more than 27,000 patients.

The foundation’s goal is to replace the large multipassenger vehicle with a handicapped-accessible Medi-Van. A van, Slevin said, would provide individualized service, picking up one patient at a time. It would also reduce the cost of fuel and could be parked in the garage at Jennie Edmundson for greater security. The $100,000 would cover the cost of the van and many of the operating costs, she said.

“This free service is fully funded by donors, including our staff, volunteers, and generous individuals and organizations in our community,” Slevin said. “Through this fundraising campaign, we hope to continue serving thousands of seniors and low-income individuals for many years to come.”

The Meaning of Care Magazine is published by Nebraska Methodist Health System. Featuring interviews with care providers and first-person stories of patients touched by our services, it is produced entirely by Methodist Marketing Department staff.

See more articles from The Meaning of Care Magazine 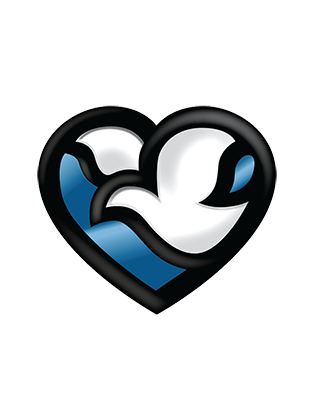