He’s been singing her praises since the day they met six months ago.

“She deserves it,” Ray Jolly said of Methodist infusion nurse Abbey Lacy, RN. “She really does. And not just what she did for me, but you ought to see her with the other patients.” 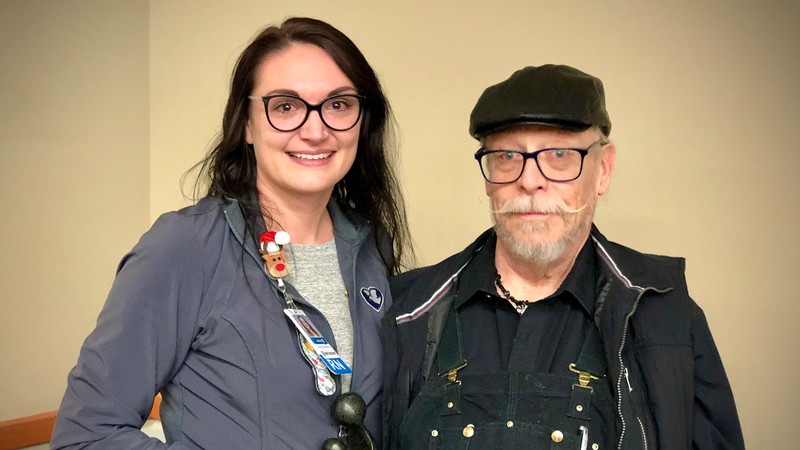 Lacy was recently honored with The DAISY Award after organizing a sky-high adventure for Ray during one of his lowest weeks at Methodist Estabrook Cancer Center (MECC). Jolly may be his last name, but it’s also how Ray – who’s currently battling blood cancer – chooses to live life. Always positive, grateful and full of joy, “it’s just not like him to have such a bum attitude,” Lacy said. 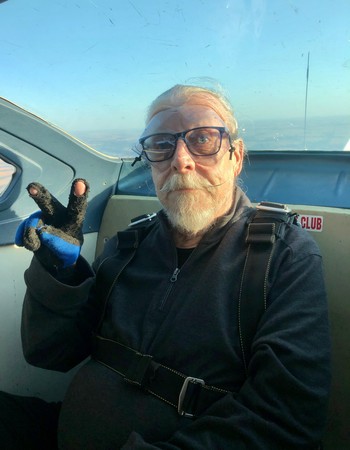 Taking his care above and beyond

It didn’t take Lacy long to figure out the best medicine for her fellow thrill-seeker. With the help of her friends at the Lincoln Sport Parachute Club, she lifted Ray’s spirits by taking him skydiving – something she, herself, has done dozens of times.

“Certain people deserve certain things,” Ray said. “Me jumping out of a plane? I didn’t deserve that. But she needed to be recognized for what she does and who she is.”

It wasn’t just Ray and his wife who nominated Lacy for The DAISY Award, but also two of her coworkers – clinical nurse educator Barb Johnson, MSN, RN, OCN, and phlebotomist Max Lesley, PBT. Lesley’s nomination letter read in part: “This is by far one of the most amazing things I have ever seen a nurse do for a patient. Abbey deserves the award for her extraordinary determination and for making a dream of falling from the sky a reality.”

A different kind of airtime and an emotional surprise

Lacy’s stunt was so grand that it aired on KMTV 3 News Now. A few weeks later, she was surprised by family and friends who showed up to her DAISY Award Celebration at MECC. 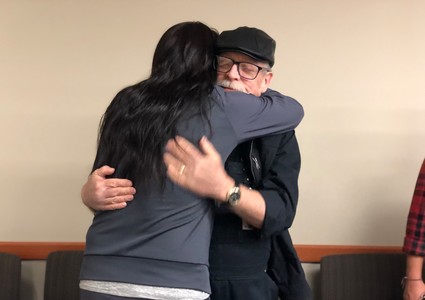 “I thought I was coming to a meeting,” she said. “I walked in, saw Ray and thought, ‘What kind of meeting is this?!’ Then I glanced over and saw my stepdad from three and a half hours away. Then my daughter! I was like, ‘Someone busted my kid out of school!’ That was extremely emotional.”

When asked what she thought of all the attention and recognition she’s received since Ray’s jump, Lacy said: “Well I definitely wasn’t thinking it was that big of a deal! I did what I needed to do to help a patient feel better.”

And Ray is feeling better.

Up until recently, he’d been receiving blood and platelet transfusions a couple times a week. But he now receives daily injections of a medication “that tells his body to make more blood cells,” Lacy explained. And so far, it’s keeping his white counts up.

And moments after landing his skydiving feat, he can be heard on v 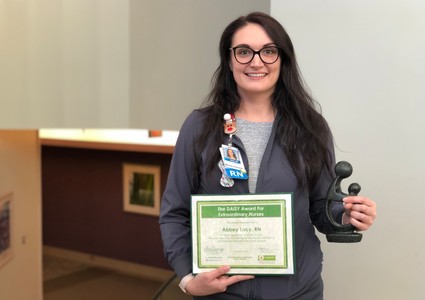 Lacy paused to wipe her eyes before continuing: “I just hope he keeps that.”