October 2019 marked the beginning of their forever. Alyson Poteet and Andrew Jensen had been dating for five years when the two escaped for a tropical getaway to the Dominican Republic with friends. 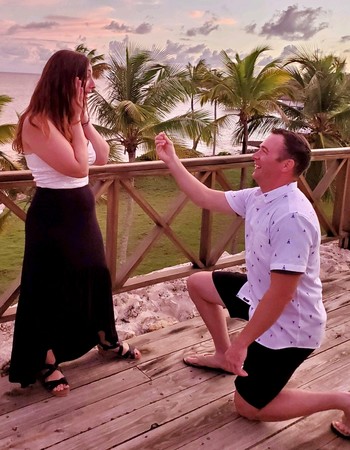 On their last night there, Andrew was antsy and clearly on a schedule. He had been pushing to get pictures taken during a beach-side dinner. Alyson was somewhat annoyed. This was vacation. There was no need for a strict agenda. But she gave in, agreeing to pictures – and that’s when Andrew dropped down to one knee.

Planning a wedding around COVID-19 and cancer

Alyson and Andrew set a wedding date for June 2020. All the planning ensued. But when COVID-19 became widespread, the two decided to postpone their big day to September 2020. At the end of June, though, Alyson’s father, Carl, suffered a stroke. And having battled advanced renal cell carcinoma – kidney cancer – for the past five years, Carl was facing a major uphill health battle.

“I remember the day of his cancer diagnosis,” said Alyson, who has an extensive family history of cancer. “I broke down and cried. It was like, ‘Haven’t we been through enough? Why is this happening again?’”

She, herself, survived bone cancer at the age of 13. And her mother, Diana, is a two-time breast cancer survivor.

Alyson was determined to have her dad walk her down the aisle. But doctors couldn’t guarantee that he’d make it to September. So again, she and Andrew moved the date of their wedding. This time, to Aug. 8. It’d be a small wedding of only about 20 people, but size didn’t matter to the couple. They only wanted their closest loved ones present.

Going to the chapel

On July 30, Carl became extremely ill. He was taken to the Methodist Hospital Emergency Department and was later admitted. Doctors determined that he suffered a cancer-related complication and that he’d need surgery on his intestines. He was given a 50% chance of surviving the procedure.

Diana immediately asked her husband’s oncologist, Geetha Palaniappan, MD, with Nebraska Cancer Specialists, if they could move the wedding up and have it at Methodist. She and the rest of Carl’s care team jumped into action.

“They moved on it so fast,” Diana said. “It was just incredible.”

And for the fourth time, Alyson and Andrew’s wedding was rescheduled – for Aug. 2. It’d be on the first floor – inside the hospital chapel – and it’d be much smaller than originally planned.

“My initial reaction was that I kind of wanted to throw up,” Alyson said. “You know, moving up your wedding because you don’t know how many days your dad has left. It was a lot to take in. But I really didn’t have to do anything. They planned almost 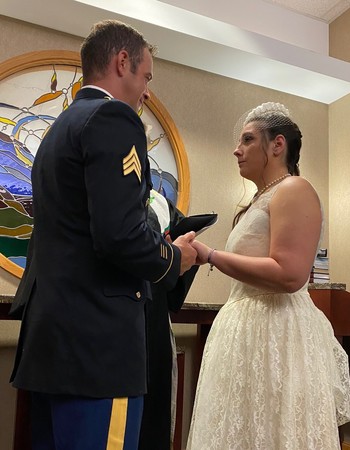 “Given our current environment and heightened restrictions, this was a tough decision,” said Janice Morgan, service executive of patient care administration at Methodist Hospital. “But in situations like this, it’s all about compromise. This wasn’t a patient with COVID-19. They were in the process of planning his final days. And we brought the patient down to the family, not the other way around. More than anything, this was about patient care. It was about easing Carl’s mind and helping him go more peacefully.”

On Sunday, Aug. 2, the day before Carl’s procedure, he gathered the strength to walk his daughter down the aisle.

“The most emotional moment was seeing my dad before the ceremony,” Alyson said as she tried to hold back tears. “He looked so handsome. And he told me how pretty I was.” 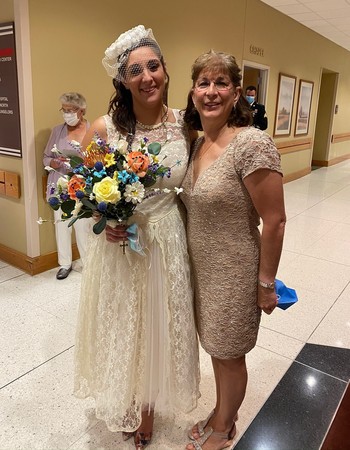 Resembling a ravishing time traveler, Alyson wore her grandmother’s wedding dress from 1958 and her great aunt’s pillbox hat. She even had her late grandfather’s rosary weaved into her bouquet. Her ring? The diamond that her father gave her mother for their 25th wedding anniversary.

“I gave it to Andrew when he asked us for our blessing,” Diana said.

And when Diana left the hospital that night, “I felt such a sense of relief,” she said.

She paused to catch her breath before she continued: “Because I knew that if Carl went in his sleep or during surgery the next day, he at least got to walk his daughter down the aisle.”

A heart full of peace and gratitude

Carl’s surgery was a success. He continues to recover while resting peacefully at home.

The entire Poteet family recognizes that every day they’re given with him is truly a gift. And so are the countless memories they have of him. One of Alyson’s favorites is from her days of treatment when she was young: “I remember crying in my 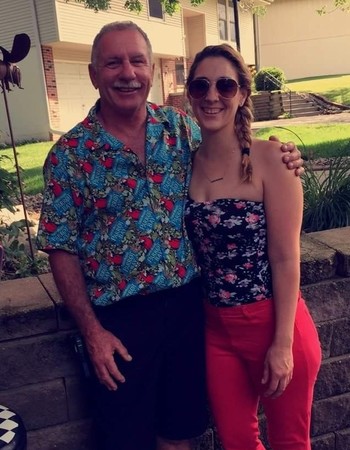 hospital room. I was having a really bad day. He asked, ‘What do you want? What would make you feel better?’ I said, ‘Dad, I want a puppy.’ He wasted no time. He got me a puppy.”

And the one thing that’s made her feel better this time around? Having a memory she wasn’t sure she’d get – the one of her father giving her away. And because of the Methodist team that made it possible – their dedication and commitment to her wedding and family – Alyson’s heart is full of peace and gratitude.

“When you’re going through something like this – this out-of-body experience – you need to feel loved. You need to feel comfortable,” she said. “I did. We all did.”