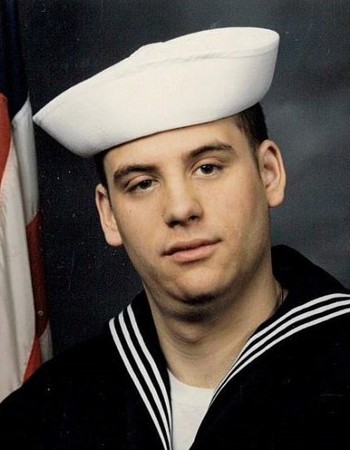 John Hynes was always helping others.

“If you needed something and he had it, it was yours,” said Carrie Hynes, his wife of over 20 years. “If he could help you, he would.”

Family members recall the time that John, a Navy veteran, saved a man from drowning at Big Lake, Missouri. The man had been moving dirt after the lake flooded when his machine went into the water. John sprang into action, getting the door open and freeing the man.

“My dad was so proud of himself,” Michaela Kreitler said. “He told everybody, ‘All that Navy training paid off. I finally saved somebody.’ “That’s the reason why we felt like he would want to help people on his way out.”

John and Carrie were out to a Saturday night dinner in Council Bluffs on Halloween when – “out of the blue,” Michaela said – he went into cardiac arrest.

The 52-year-old was taken to Methodist Jennie Edmundson Hospital. Once John was stabilized, the hospital’s Critical Care Unit staff shifted the focus from his heart to his brain. The family was somewhat encouraged early on because John was having seizures, which indicated brain activity. But that activity soon stopped.

After several days without much promising news, the reality was clear: A lack of oxygen to John’s brain before his arrival made a recovery impossible.

“They did everything they could,” Michaela said. “But pretty much by Wednesday and Thursday, the writing was on the wall that there was no brain activity. Who that person is was not coming back.”

The family began discussing next steps and decided that it was only fitting to donate John’s tissue and organs.

“If he could save somebody’s else’s life, he surely would want to,” Carrie said.

Honored to Care for John

Despite the circumstances, Carrie and Michaela said they were touched by the care and communication the family received on the unit. With strict visitation guidelines in place due to COVID-19, the staff took steps to ensure the family had the latest information on John’s condition.

“You can only do so much when the situation is what it is, but they did a great job,” Michaela said. She noted how the staff not only cared for her dad but also offered comfort and support to the family.

Greenwood said she was honored to be part of John’s care team.

“My No. 1 thing is the patient. I need to make sure the patient is safe and well cared for,” she said. “But especially in a situation like this, I’m like, ‘If this were my dad or my mom, how would I want someone to show them respect and make sure they’re well cared for?’ But you really have to take care of the family, too. There’s another component to nursing care, which is helping the family through this.”

Zimmer said: “I tried to help them focus on the legacy that he was leaving. Despite the outcome, he was still saving a lot of other people, which is pretty unforgettable.”

An Emotional Goodbye for Family and Staff

John spent six days at Jennie Edmundson. Despite never speaking with him, the staff felt like they got to know him as they talked with his family about the man he was. They learned about his love of football and motorcycles, and even more so, being with his grandchildren.

There was a connection with John. For family and staff alike, this would be an emotional goodbye. As John was taken to the operating room for organ donation the evening of Nov. 6, dozens of staff members lined the hall to honor his life and final selfless act.

Greenwood and Thomas came in on their day off. Zimmer, who is studying to be a nurse practitioner and was doing a clinical rotation elsewhere at the hospital, broke away to attend. Critical Care Unit manager Kyle Kreger, MSN, RN, had left work for the day but returned, and hospital President and CEO Steve Baumert also arrived.

“That walk, I can’t even explain to you how moving that was,” Michaela said. “And the nurses that had taken care of him all week had come back on their Friday night. They didn’t have to do that.”

“That was a very special moment, not only for the family but for the staff,” Zimmer said. “If we can do something as simple as lining the hallway as his send-off, hopefully it shows the impact he had on us.”

While John is gone, his family has some comfort knowing he may be living on through others. The family is waiting for specifics from the Iowa Donor Network, but John’s heart valves and other tissue may help dozens of other people. His liver and spine may also be used for medical research and education.

Meanwhile, Carrie and Michaela say they’ll never forget the care and support they received at Jennie Edmundson. The day her dad died, Michaela posted a message to Facebook honoring her father and thanking the hospital staff for being “angels on Earth.” To show her gratitude, Carrie sent cookies and flowers to the staff in the days after John’s death.

“Thank you from the bottom of our hearts for taking such good care of him,” she said. “Even though they knew he probably wasn’t going to make it, they still took care of him to the utmost. It was wonderful. They did such a lovely job, and they need to be thanked.”

Pictured above: John Hynes with Michaela Kreitler during her childhood