“She was a great mom,” Shelly Lautenbaugh said of her 76-year-old mother and friend, Sandra Doiel, who passed away from a heart attack. “But there’s no question in my mind that her grandkids really hung the moon.” 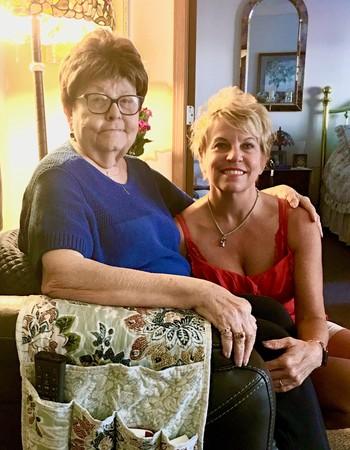 Some of Shelly’s most vivid memories of her mom include the times she came over to babysit. Shelly would come home to find pennies or Beanie Babies on her ceiling fans after Grandma allowed the kids to see whose flip of a switch made them fly the farthest.

“I’d just look at my mom like, ‘Who are you?!’ I mean, she would have killed me if I would have done that as a kid,” she said with a laugh.

It’s memories like that, Shelly added, that will overshadow the “brutal” goodbye she shared with her mother last August. Thanks to a very special nurse, Shelly is reminded daily to always “think of the good stuff.”

“Sent To Care for Us”

On Aug. 16, Sandra went into cardiac arrest at the independent living facility where she and Shelly’s dad, Walt, lived. She was rushed to the Emergency Department at Methodist Jennie Edmundson Hospital.

Shelly, who happens to be a nurse, was notified right away. She headed to Jennie Edmundson knowing the prognosis likely wasn’t good.

“Cardiac arrest patients just don’t have great outcomes when those events happen outside of a hospital,” she said.

Sandra was soon transferred to the intensive care unit (ICU). And Shelly was impressed by the advanced medical care her mother continued receiving. Even more impressive, she said, was the respectful demeanor of critical care nurse Yaney Lippold, BSN, RN, who was inspired to become a nurse after her grandmother was diagnosed with breast cancer.

“I witnessed the care she did receive and did not receive,” said Lippold, who joined the Methodist family in 2012. “It made me want to be part of that and provide the care I believe everyone deserves – no matter their situation.”

Sandra’s situation? “Heartbreaking,” Shelly said, and even more so after she returned to the hospital the next day and found her mother on a ventilator.

“It was very obvious to me that she was not going to make it,” Shelly said. 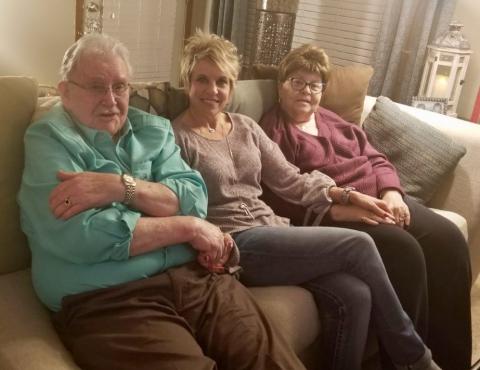 But Lippold did everything she could to keep her patient’s family informed and comfortable – especially Walt, whom Shelly lovingly describes as “old and cranky.”

Lippold knew just how to handle him.

“When he told me he doesn’t like many people, I thought, ‘Well, grumpy men tend to love me, so we’ll see how this goes,’” Lippold jested. “We laughed together a lot. But I specifically remember this softness about him when he told me at one point, ‘Is it hard to take your angel wings off when you go to bed each night?’ That got me. That brought me to tears. Nobody’s ever said something like that to me. And it made me realize that my decision to become a nurse was the right move.”

According to Shelly, it was “divine intervention.”

“She took a bad situation with a guy whose wife was going to die, and she put him at ease. That put all of us at ease. I truly believe she was sent to care for us. And she did. She really cared.”

As soon as Sandra began receiving end-of-life care, Lippold invited family members to say their final goodbyes at her bedside.

“She prepared us for what was going to happen next,” Shelly said. “She continued to ask questions about her. And she laughed with us as we answered them with stories. She encouraged us not to let this one moment in time be how we remember her. She encouraged us to think of the good stuff.” 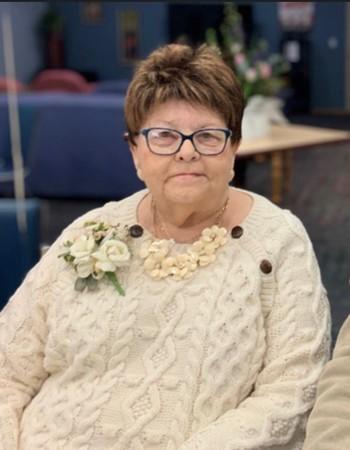 Slowly, Lippold drifted to the back of the room, Shelly said, almost choreographically.

“And then we surrounded her,” Shelly said of her mom. “We enveloped her in love. We said prayers for her, and we told her we loved her but that it was OK to let go – to go be with Jesus and her parents.” 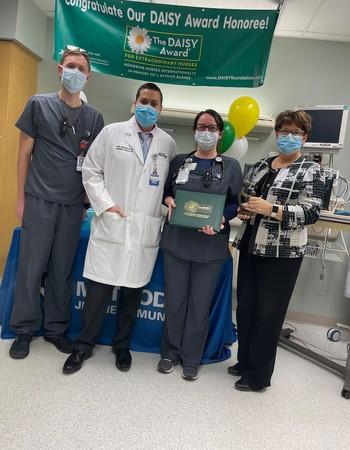 After processing the loss of her mother, Shelly began thinking of ways she could thank Lippold. She delivered some candy and Diet Dr Pepper – Lippold’s favorite – to the ICU. But it didn’t feel like enough

Shelly knew about The DAISY Award, and thought Lippold was the perfect fit.

“She’s exactly what the award is about – nurses who go above and beyond,” Shelly said. “And she truly went the extra mile every time she was with us.”

Humbled by the award, Lippold said it was all part of her job – treating others how she’d want to be treated in a difficult situation.

Shelly calls it the perfect example of “relationship-based care.”

“She went out of her way to get to know each of us so she could provide appropriate care,” Shelly said. “It was loving, tender, compassionate care. And we couldn’t have asked for more.”