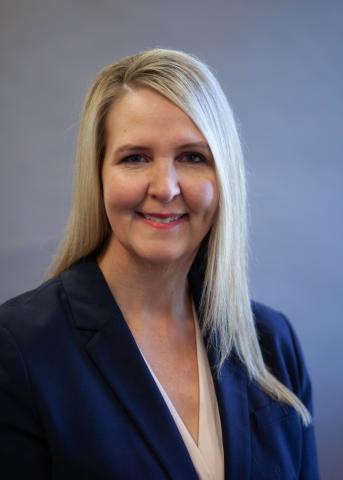 Shanna Stofer, PharmD, a key player in the opening of the Kearney (Neb.) Regional Medical Center (KRMC), has been named the vice president of ancillary and professional services at Methodist Jennie Edmundson Hospital. She will begin her duties at Jennie Edmundson on July 26.

Stofer has served KRMC since October 2013 and was one of the original leadership team members when the hospital was built and opened. At KRMC, Stofer oversaw several ancillary departments and was a key driver of business development opportunities. Throughout her career, she has placed a high level of importance on provider collaboration, organizational culture and employee engagement.

“I am very excited to have Shanna join the Jennie Edmundson family,” said David Burd, president and CEO of the hospital. “It was very important to me to find someone who fits well not only with the requirements of the position but also with our culture. After an extensive interviewing process, I believe that Shanna is that individual.”

In her new role, Stofer will oversee pharmacy, laboratory, imaging, oncology, and rehabilitation services. She will also take a leadership role in identifying business growth opportunities and will work closely with the provider team.

Stofer, who holds a doctor of pharmacy, served as director of pharmacy for Lincoln Surgical Hospital from 2003 to 2009 before serving in a similar role at Community Memorial Hospital in Syracuse, Nebraska. She then offered her pharmaceutical expertise to hospitals throughout Nebraska as part of the remote and relief pharmacy program. In 2013, she joined the leadership team at KRMC.

“I am honored to join the Methodist Jennie Edmundson team and look forward to serving the health needs of the Council Bluffs community and surrounding areas,” Stofer said. “Throughout the interview process, the family atmosphere and culture at Jennie Edmundson was apparent. I am excited to get on campus and begin working alongside this dedicated team.”

Stofer earned her doctor of pharmacy from the University of Nebraska Medical Center. She is a member of the American College of Healthcare Executives and the American Society of Health-System Pharmacists.