The promotions were announced by Todd Grages, president and CEO of Methodist Physicians Clinic.

“Mick and Brad have a long history with Methodist and have done an outstanding job serving Methodist Physicians Clinic as regional administrators,” Grages said. “They have been innovative in adding services, instrumental in expanding our clinic offerings and continue to provide solid leadership with our expanding physician group. They are very deserving and I look forward to the future of MPC under their guidance.” 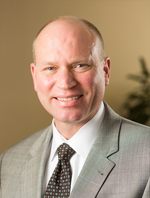 Ehlert began his career with Methodist Physicians Clinic in 1998, when he was named regional administrator. He was responsible for the operational and strategic responsibilities for clinics in Omaha with a special emphasis on primary care and women’s health services.

Ehlert is a member of MGMA and a fellow in the American College of Healthcare Executives. He resides in Omaha with wife Lisa and their five children ranging from age 8 to 17. 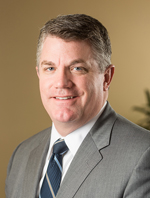 Hansen was named regional administrator for Methodist Physicians Clinic in December 2012, and oversaw 15 physician practices with over 70 providers in Omaha, Council Bluffs and southwest Iowa.

Hansen also represented Council Bluffs and Carter Lake in the Iowa Legislature from 1996 – 2002, where he served as chair of the Commerce and Regulation Committee and was the primary author of the Healthy and Well Kids in Iowa (HAWK-I) program during his legislative career.