What You Need to Know about Bug Bites

Fun in the sun can also bring lots of creepy-crawlies, including mosquitoes, ticks and spiders. How can you help keep your kids safe from these summer invaders and what symptoms should you look for in the event that your child has an insect bite?

Bugs and Their Bites

Mosquitoes: Mosquitoes are usually found near bodies of water and the hallmark characteristic is an itchy, red bite. West Nile virus is an infection associated with mosquitoes that gets a lot of attention, although it is relatively rare. Symptoms of a serious infection from mosquito bites include high fever, headache, stiff neck and confusion.

Ticks: Ticks are usually found in wooded areas. Most tick bites are harmless and don’t require medical treatment. If you find a tick on your child, you need to remove it as soon as possible. The best ways to remove a tick are applying a soapy cotton ball to the tick or removing with tweezers. Make sure the entire tick (including the head) has been removed, then wash and sterilize the wound.

Tick diseases locally are quite rare, but include Lyme disease and Rocky Mountain Spotted Fever. Symptoms of a serious tick-borne infection include fever and/or rash in the two weeks following a tick bite, signs of an infected bite, or if your child seems sick. If your child has any of these symptoms after a tick bite or if you were unable to remove a tick, call your Methodist Physicians Clinic pediatrician.

Bees and Wasps: Bees and wasps can be found near flowers, plants and picnic areas. If your child is stung, they typically complain of immediate pain and you may see some swelling. The vast majority of children have a mild reaction to stings and can be managed at home. If your child develops hives or difficulty breathing after an insect bite, seek immediate medical attention.

Spiders: Spiders are usually found hidden in outdoor areas such as sheds or woodpiles, or hidden in indoor areas such as attics or storage boxes. They like to live in places where humans aren’t. You may have seen recent reports about an increase in brown recluse and black widow spiders in our area and these spiders are more active during the summer months. These bites cause more concern. They typically start as a little stinging sensation with more severe pain occurring 2-12 hours after the bite. The wounds themselves usually start out as a small red area then progress to a brown or black color. The bite can be accompanied by muscle cramps, fevers and nausea. If there is concern that you or a family member was bitten by a spider, seek medical care. If you were able to recover the spider, make sure to save it and bring it with you. 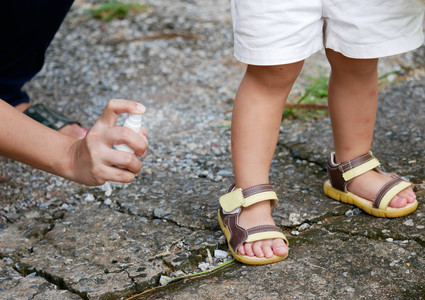 How To Prevent Bites

Playing outside is an integral part of childhood and insects shouldn’t be a reason to not enjoy the great outdoors. Knowing what bugs to look for and what to do in an event that you encounter one of them can help keep your kids safe this summer.

Pediatrician Dr. Emily Bendlin has always had a passion for working with kids and parents.

Not one to steer clear of difficult cases, she wakes up every morning ready to take on new challenges that await her at Methodist Physicians Clinic. 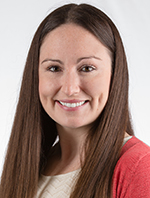