Mosquitoes, Ticks and Spiders: The Creepy-Crawly Hazards of Summer

In the warmer months, you can always seem to count on heat, humidity and bug bites.
Most of the time mosquito and tick bites are just a nuisance, but occasionally these arthropods transmit serious diseases. As with so many situations involving your health, an ounce of prevention is worth a pound of cure.

Mosquitoes, ticks and mites survive on the blood of vertebrates. Most rely on their sense of smell to locate a warm-blooded animal. After finding their prey, they can be very good at staying in place and puncturing an animal’s skin to get that bloody meal.

The Trouble With Mosquitoes

Mosquitoes carry some very serious diseases in the Unites States and even more abroad.

The most prevalent native disease is West Nile virus. Only a small number of people who contract it become very sick. But some sufferers, especially the elderly and those with impaired immune systems, can develop severe encephalitis (inflammation of the brain), which can lead to permanent disability or even death. There is no treatment for West Nile, so prevention is key.

Much rarer are arboviruses (arthropod-borne viruses) that are more regional in nature, such as La Crosse encephalitis, which strikes roughly a hundred people a year in the upper Midwest. These viruses tend to start causing disease in midsummer and peak in incidence in late August or early September.

If you’re traveling outside the U.S., be aware that mosquitoes can transmit serious diseases, including:

The only vaccines for mosquito-borne infections are for yellow fever and Japanese encephalitis (JE). They should be considered for travelers going to endemic areas (South America and Africa for yellow fever, and Asia for JE) in warmer months. Travel medicine specialists, like the doctors at the Methodist Travel Clinic, can administer vaccines and prescribe medication to prevent malaria.

Do Mosquitoes Find You Attractive?

Why do some people seem to be especially susceptible to mosquito bites?

There are several reasons:

While mites, fleas and the human body louse can transmit disease, it’s uncommon in developed countries like the U.S.

Ticks, however, are extremely prevalent and transmit a number of diseases. Rocky Mountain spotted fever (RMSF) and a similar illness called ehrlichiosis occur across the midsection of the country. These conditions are transmitted by the bite of a large tick like the wood tick or lone star tick. The lone star tick has also been linked to alpha-gal syndrome, an allergy to red meat.

Deer ticks can transmit anaplasmosis, Lyme disease and a parasitic infection similar to malaria called babesiosis. These diseases are mainly confined to the northeastern U.S., the upper Midwest (especially Minnesota and Wisconsin) and the Pacific Northwest, although the range seems to gradually increase year by year.

RMSF, ehrlichiosis, anaplasmosis and Lyme disease all respond to basic antibiotics, especially if caught at an early stage. But preventing a tick bite is the easier course of action.

One other arthropod of note that can bedevil humans is the spider. There are only two species in the U.S. that cause a major reaction—the black widow spider and brown recluse spider. Fortunately, spiders live in out-of-the-way places and avoid large animals, and bites are very rare.

Take these steps to protect yourself from mosquitoes, ticks and more:

Dr. Jeffrey Sartin is an infectious disease physician at the Methodist Physicians Clinic. He is especially experienced with travel medicine and treating orthopedic infections and HIV. What he enjoys the most “is making patients better.” 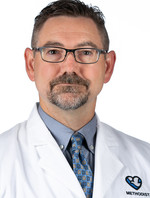