A 114-Day Friendship: Building a Bond During a Long and Wearisome NICU Stay

Meghan Rush, MD, will never forget the moment she cried such happy tears. It was the moment she learned there wasn’t one heartbeat inside her – there were two.

“A little boy and a little girl,” she said with a smile. “My husband, Tim, and I were over the moon.”

Her first trimester was “fine,” she said, but shortly into her second – at 17 weeks – her water broke while she was at work.

“There’s no way to describe it,” Meghan said. “Of course, we wanted to plan a service for him right away, but the question became, ‘What’s going to happen to our little girl?’” 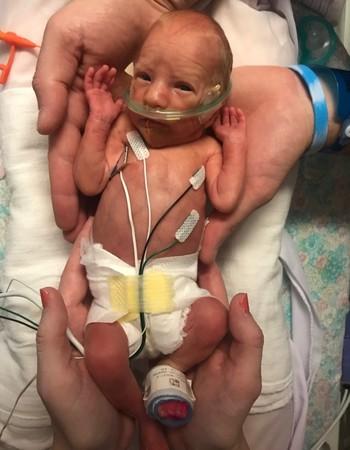 Despite their career paths, Meghan and Tim admittedly knew very little about perinatal medicine. Tim was in the middle of his anesthesiology residency at the time, and Megan was completing her adult endocrinology fellowship. Still, they were acutely aware of their baby girl’s grim chance of survival.

With the help of Methodist maternal-fetal medicine specialist Dan Connealy, MD, Leyton’s sister made it another seven and a half weeks. Hailey was born at 25 weeks via cesarean section. Weighing a little over a pound, she immediately earned a spot inside the Methodist Women’s Hospital Neonatal Intensive Care Unit (NICU).

Meghan and Tim were expecting a challenging NICU stay, but they didn’t know how it would end.

“There were definitely days we weren’t sure if she was going to make it out of there,” Meghan said.

One of those days was the day Hailey was diagnosed with a serious bowel disease. Terrified this might be the end of the road for Hailey, Meghan soon was met with an incredibly calming force: overnight NICU nurse Lisa Stork, BSN, RN.

“I’ll admit, I was a little nervous to care for the baby of two doctors,” Stork said. “I just think the NICU experience is harder on them. They know too much. They don’t realize that it’s perfectly acceptable for preemies to have vital signs that would be considered unacceptable for an adult. It always takes a lot of reassuring. It takes a lot of educating – a lot of, ‘You’re the parent right now, not the doctor, and you need to breathe.’”

It was that kind of directness that Meghan learned to appreciate.

“She told me when I needed to worry and when I should stop worrying,” Meghan said. “And I always trusted her.”

“Meghan would call me in the middle of the night to ask how Hailey was doing,” Stork said. “And I would reassure her, ‘Hey, if you can’t sleep, come join me. We’ll hang out in Hailey’s room. We can watch her breathe together.’ I think she took me up on that offer twice.”

During their many conversations, Meghan opened up to Stork, sharing her deepest fears and quite a few tears. The mom of a NICU graduate herself, Stork could relate.

“NICU-itis,” Stork called it. “It’s when you’re just over it – everything. You hate the drive to the hospital, you dread coming here, and you dread going home because it’s always without your baby. You’re tired of holding back tears. And your heart just hurts.” 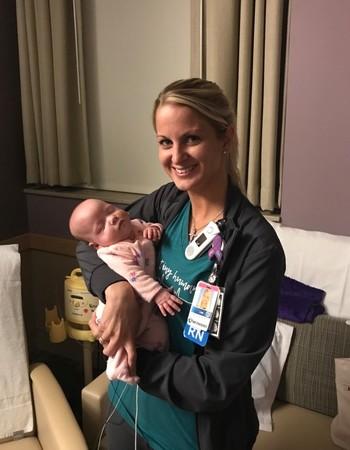 But Stork always knew what Meghan needed – like beautiful photos of her baby girl. Stork would take them, print them and attach them to Hailey’s NICU door – all to put a smile on Meghan’s face when she returned the next day. According to Meghan, it was so much more than a “cute gesture.”

“Those pictures, week after week, allowed us to see the progress Hailey was making,” Meghan said. “When you’re there for as long as we were, it’s hard to imagine your baby ever coming home. And when you see that there has been progress, that she has been growing, it helps you realize that maybe one day it will happen. Maybe she will come home with us.”

“I started making her run around the hospital,” Stork said with a laugh. “We built enough of a rapport that I felt comfortable telling her, ‘You need to get out of this tiny room. You’ve been staring at these same four walls for the past 100 days, and it’s time to go do something for you.’”

“Caring Even After the Job Is Done”

It wasn’t long before Hailey made some serious strides, too.

After 114 days in the NICU, she proved to her care team that she was finally ready to go home. A bittersweet day, indeed, Meghan said. But after experiencing The Meaning of Care, she knew it wasn’t goodbye – even though the family of three was preparing a move to Colorado.

“The Meaning of Care was evident throughout our entire journey at Women’s,” Meghan said. “The labor and delivery nurses who were there when we lost Leyton came to check on me when I came back to deliver Hailey. Dr. Connealy did his job by getting Hailey here safely. But he also helped arrange for a priest to come give Leyton a blessing, and he checked on Hailey regularly during her NICU stay. He also came to her first birthday. 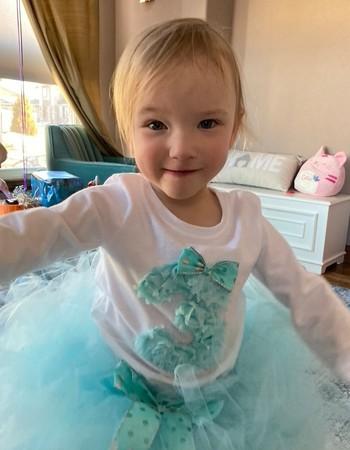 And with Lisa, she didn’t just wish Hailey well when we left the NICU. She’s been to her birthday parties and even visited us in Colorado. So, that’s what The Meaning of Care is to me – it’s caring even after the job is done.”

A Prestigious Award and Treasured Friendship

Hailey, now 3, is a walking, talking, feisty miracle. She refers to her twin brother as “Nay Nay,” and she asks about him often. She’s “a bit of a peanut” according to Mom, but with no developmental delays, hardly anyone can believe she’s a 25-week survival story. She loves bananas, the Netflix show, “CoComelon,” and playing with her little brother, Leland, who was born healthy in October 2019. 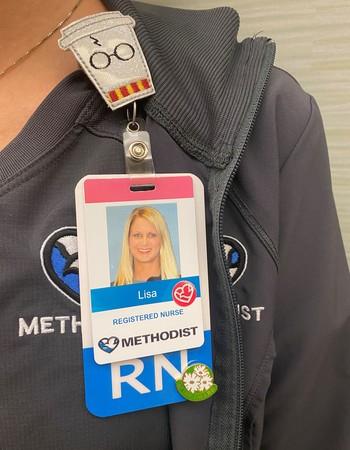 Mom and Dad are certain that Hailey is destined for big things. And she’ll start with the title of “flower girl” in May 2022 for Stork’s wedding.

“She’s the reason I love being a NICU nurse,” said Stork, who’s donning more than an engagement ring these days.

She now also wears a shiny green pin with three little daisies on it. It represents the extraordinary care she’s known for. Thanks to a nomination letter written by Meghan on the most recent anniversary of Leyton’s passing, Stork was honored with The DAISY Award – which recognizes nurses who go above and beyond.

“When I think back to Hailey’s NICU stay, the care that she received was just so good,” Meghan said. “There’s only so much you can do to thank these people. They all were incredible. But I really needed Lisa to know how much she meant to us during those 114 days.”

While humbled by the nomination, Stork admits: The gift of Meghan’s friendship has been the biggest honor of all. According to Meghan, the feeling is mutual.

“You never think you’ll become friends with your child’s caretaker,” Meghan said. “But that’s what happened. And I feel so blessed that it did.”