Note: Recruiting has begun for Methodist’s latest CNA training initiative – the Student Nursing Assistant Program. This hybrid program was built on the foundation of Nebraska Methodist College’s successful CNA 100 program, featured below, and offers free CNA training with a two-year commitment. Learn more about the program at methodistcollege.edu/sna-program.

Calandra Cooper, CNA, has seemingly done a little bit of everything over the years. The Omahan is a beekeeper, gardens on several vacant city lots she purchased, has taught area community college art courses and has her own studio where she hosts classes on weaving, dyeing and other topics.

She also holds associate degrees in accounting, legal studies and business management, and she has worked as a corporate trainer and claims examiner for several insurance companies.

“But I was just never really happy in a corporate setting,” Cooper said. “I love, love, love to learn.”

She’s also always been interested in health care. She had started the process of becoming a certified nursing assistant (CNA) in the early ‘90s but got off track when she got married and started a family.

So as the COVID-19 pandemic unfolded, Cooper decided to reinvent herself and become a CNA. Thanks to an innovative program at Nebraska Methodist College (NMC), the goal of starting a health care career as a CNA has been more attainable for Cooper and dozens of others.

Vital and in Demand

CNAs can be found in hospitals and skilled care, assisted living and home health settings. While their duties seem simple – checking vital signs, assisting with basic medical procedures and helping patients with personal care and other daily activities – they play a vital role.

“CNAs are the backbone of the care team,” said Joey Gardner, RN, the college’s program coordinator for short career courses, which includes CNA training. “They spend more time with patients than anyone else. A lot of times they’re going to notice something before a doctor or nurse does. They really are the eyes and ears of the care team.”

With that demand in mind, NMC has been working to make its CNA program more accessible. In 2016, the college introduced a six-week hybrid course model to complement its traditional four-week in-person course. This allowed students to listen to lectures and complete assignments online at their convenience while receiving necessary hands-on instruction. But the cost of the course was another hurdle for many prospective students.

“I think we underestimate the $500 cost,” said Deborah Carlson, PhD, president and CEO of Nebraska Methodist College. “It’s a barrier for a lot of these students.”

Methodist was exploring ways to offer the program for free last year when the CARES Act was passed. With that funding, the CNA 100 initiative was born, aiming to enroll 100 students in the hybrid course, a specialized hospital training course or a refresher course for recertification. Through a partnership with NMC, students at Midland University in Fremont also had the opportunity to take advantage of the program and complete hands-on skills training at Methodist Fremont Health. Those who completed the initiative were expected to seek employment but not limited to positions within Methodist.

Within days of being announced last fall, all 100 spots were filled. 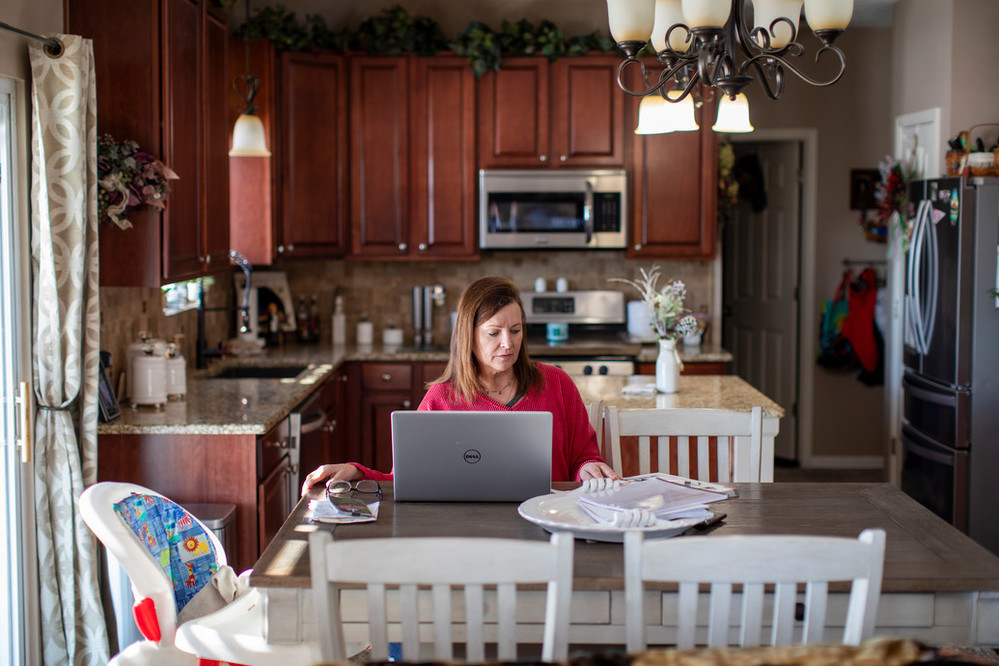 Michelle Plummer, CNA, was among the wave of applicants for the program.

“I’d always wanted to be in health care,” she said. “That was my dream job growing up.”

But life happened. She got married and had kids. As they got older, she took a job as a medical assistant (MA), which didn’t require certification at the time. After 17 years as an MA, Plummer stepped back to help care for her grandchildren. But she never lost her passion for health care. She had been thinking of returning to the workforce last fall when a friend showed her a newspaper story about the CNA 100 initiative.

“When she called, it kind of spurred me,” Plummer said. “I thought, ‘This is what I need to do.’”

She started the hybrid course on Dec. 28. With holiday bills fresh in her mind, the $500 saved on enrollment was a blessing. For some students, it’s been the difference in being able to enroll, Dr. Carlson said. Plummer also came to appreciate the flexibility the online option offered.

“Oh my gosh. That was wonderful,” she said. “It’s been 40-plus years since I’ve been in school. Being able to take my time, do it a little here, a little there, maybe a little when one of the kids is napping – that helped me. Most of the other students had full-time jobs, or they’re in high school or college. So this really helps everybody.”

Plummer completed the course and passed her certification exam in February. Within a few weeks, she had job interviews at two hospitals and an assisted living community. Less than a month after being certified, she accepted a position at CHI Health Lakeside.

“I like building a relationship with my patients. I did even working as a medical assistant,” she said. “I’m looking forward to spending longer quality time with them and building a true relationship – even making one bad day better for them.”

“I Made the Right Decision”

Cooper began the hybrid course at NMC before CNA 100 launched, but she still benefited by having the two-day hospital training course paid for in January, a $150 savings. Around that same time, she was offered a job on the Methodist Hospital Short Stay Unit.

It was “a major opportunity,” she said. Cooper didn’t have health insurance before but became eligible by working at least 24 hours per week. She also can take advantage of tuition assistance for health care studies and is considering pursuing her Bachelor of Science in nursing (BSN) or studying phlebotomy at NMC.

“It’s just a really great stepping stone for anyone in the medical profession,” said Cunningham, who worked as a CNA at an assisted living facility early in her career. “I think it’s important to have that experience, and it really helps to develop that bedside manner with patients – learning to provide that compassion, courtesy, respect and dignity when they might be in their most vulnerable state.”

Cooper said being a CNA is work she and others can take pride in. Within weeks of starting, she had a moment of validation. While helping a patient walk the floor after surgery, the two struck up a conversation about flowers, gardening and beekeeping.

“Her face just lit up,” Cooper said. “We had a connection. It wasn’t like I was working. It just felt natural. I felt like I made the right decision.”

“It’s who we are at Methodist,” Dr. Carlson said. “We’re not only impacting frontline health care workers by giving them extra relief and support, but we’re also giving people an opportunity to go into health care when they might not have had that before. I just think it’s the Methodist way. We look for ways to give back and make a difference.”