It Takes Two to Tango

Last month, my colleague, Dr. Abigail Delaney, wrote about ways women can enhance their natural fertility. It was a great article, but it got me thinking… the male partner could also use some helpful hints. It takes two to tango, right?

"But did you know that men have a 'biological clock' as well?"

So what can you – the men in our lives – do to increase the chance of conception?

Most people are aware that a women’s reproductive lifespan is limited. It’s the proverbial “biological clock.” But did you know that men have a “biological clock” as well? Check out these facts:

Obesity has been shown to drop testosterone levels, which can increase the rates of erectile dysfunction and low libido. It can also drop sperm counts, and effect motility and morphology. Studies show that the sperm of obese men has difficulty with egg binding and fertilization. In short, men who are very overweight are less likely to have sex and more likely to ejaculate fewer sperm that are less effective.

Smoking has a negative effect on sperm, decreasing its concentration, motility and morphology. There is less research regarding marijuana and E-cigarettes (vaping), but it is reasonable to assume a similar effect, and that these should be avoided as well.

Get a semen analysis

Ok, so this isn’t the first thing you need to do, but if you’ve been trying for months or are considering starting medication, it is something that should be done. If there is any history of testicular/groin injury or surgery, a semen analysis should be obtained even earlier. Any physician can order a semen analysis at a local lab, or preferably, at a high-complexity lab with personnel that have additional training in semen analysis like the one at Reproductive Health Specialists.

Dr. Meghan Oakes is a reproductive health physician who specializes in helping couples with fertility issues.

You can visit Dr. Oakes at Methodist Reproductive Health Specialists on the campus of Methodist Women's Hospital. 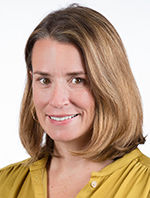