Morning sickness can happen any time

The name is a lie. The term “morning sickness” really is misleading. It’s one of the first pregnancy truths experienced by new moms as they learn what to expect while expecting.

In reality, that nauseous, queasy feeling which sometimes leads to vomiting can happen any time of day. It’s just one of the many changes nearly 90 percent of women – including many of my patients – experience during pregnancy, and there’s not much that health care providers can do to predict or prevent it.

Who is likely to develop nausea?

The women most likely to experience nausea during pregnancy are younger and having their first babies. Their mothers also likely had a rough time with morning sickness. It generally starts when women are five to six weeks pregnant and lasts about six weeks, although some lucky women feel nauseous through their entire pregnancy.

As for what causes the nausea, no one really knows for sure. It could be the body’s response to stress or hormone fluctuations due to pregnancy, the stretching of abdominal walls or the increase in progesterone which slows down gastric motility. There’s a heightened sense of smell which adds to the equation, and it’s also safe to say that women who already suffer from acid reflux are more likely to have severe nausea, vomiting and heartburn.

So what can you do about it?

While there is no tell-tale cure, I do have a list of recommendations:

If you can’t tolerate food or water for 24 to 48 hours, or if you lose the ability to urinate, you need to immediately contact your OB/GYN or one of the health care professionals at Methodist Physicians Clinic.

Dr. Emily Lange says the thrill of delivering babies never gets old, and neither does helping women with their most intimate care needs.

"So many women relate their health care needs to their family and community needs," said Dr. Lange, "and I enjoy having that conversation with them as well as providing their medical care."

You can begin your conversation with Dr. Lange today at Methodist Physicians Clinic located within Methodist Jennie Edmundson Medical Plaza. 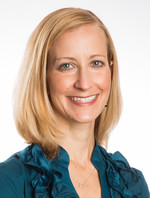