Finding the Birth Control Method That's Right for You

In today’s day and age, women have so many options when it comes to birth control. The choices you have are about as personal as they are different.

So how can you decide which is best for you? It starts with a conversation with your Methodist Physicians Clinic OB/GYN.

There are many great types of contraceptives. Some contain hormones and some don’t. 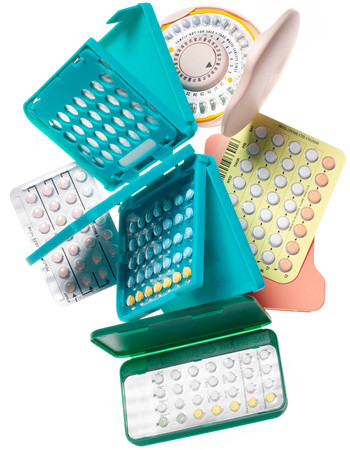 The estrogen and progestin hormones in most forms of female birth control work by preventing ovulation. They also change the lining of the uterus to prevent pregnancy from developing and change the mucus on the cervix to prevent sperm from entering.

Besides affecting your reproductive system, hormones can also have a number of other side effects. While it’s hard to predict how each woman's body is going to react, most women do really well with hormonal birth control.

The majority of women don't notice any adverse side effects, but some women are more sensitive. While the risks are low, side effects of hormonal birth control can include:

Some women may also notice changes to their skin. In fact, some doctors prescribe certain brands of oral contraceptives to treat acne. The medication treats acne by decreasing the amounts of certain natural substances that can cause it.

The decision to choose a certain type of birth control really depends on your medical history, your preferences and where you are in your life.

For someone who is done having kids but doesn’t quite want something permanent, a long-acting option (such as the intrauterine device or arm implant) would be great. But for someone who absolutely doesn’t want a foreign element in her body, a pill would work just as well.

It’s important to know that for women who still want to have kids, the effects of most birth control methods aren’t permanent. For example, taking the pill will not have any long-lasting effects on your fertility.

If you have questions about what type of birth control is best for you, talk with your Methodist Physicians Clinic OB/GYN.

The pill is by far the most common form of birth control. Taken every day, birth control pills work by adjusting a woman’s estrogen and progestin (a form of progesterone) hormones to stop ovulation. No ovulation means there’s no egg for sperm to fertilize. The pill also thickens the mucus on the cervix, making it hard for the sperm to swim to a potential egg, and thins the lining of the uterus. When taken correctly, it’s 99.9 percent effective.

Mini pills works much like regular birth control pills, except they have a different balance of hormones. These pills contain only progestin. While they have about the same effectiveness as the combination pill, their main line of defense is thickening the mucus on the cervix. About 40 percent of women who use progestin-only pills will continue to ovulate.

An IUD is a small T-shaped device that is put into your uterus to prevent pregnancy. It must be inserted by a health care professional. The two most common IUDs are Mirena and ParaGard, although Kyleena and Skyla are two other options.

Nexplanon is a matchstick-sized plastic rod which is implanted under the skin of your upper arm. The rod contains etonogestrel, a progestin hormone. This device can last for up to three or four years and is 99 percent effective in preventing pregnancy.

The long-lasting birth control shot, aka the depo shot (Depo-Provera), is an injection you get from a nurse or doctor once every three months. It’s safe and convenient, and it works well if you always get it on time. The shot contains the hormone progestin and stops women from ovulating while also thickening the cervical mucus.

The birth control ring, aka NuvaRing, is a small, flexible ring which prevents pregnancy by releasing the hormones estrogen and progestin slowly into the body. The ring is worn inside the vagina, and the vaginal lining absorbs the hormones. It’s changed out once a month and is about 91 percent effective at preventing pregnancy.

The birth control patch contains hormones and is applied to the skin once a week for three weeks. The hormones are absorbed into the skin after placing it on the outer arm, stomach, back or buttocks.

Each of these are barrier methods of pregnancy prevention. They work by covering the cervix and blocking the sperm from entering the uterus and fertilizing an egg.

The only 100 percent effective way to prevent pregnancy is to not have sex.

It’s important to note that of these birth control methods, only the female condom and abstinence will prevent STDs.