A Focus on Staying Alcohol-Free

Younger than you think

Here’s a parenting wake-up call: the average age an American girl has her first drink is 13; for a boy, it's 11. The moment your child may be confronted with a decision about alcohol is younger than you think.

These startling numbers are the reason why I speak with more and more of my patients about the dangers of alcohol. Underage and binge drinking is risky. It can lead to car accidents, violent behavior, alcohol poisoning, and other health problems. Drinking at a young age greatly increases the risk of developing alcohol problems later in life. Talking to kids early and openly about the risks of drinking can help reduce their chances of becoming problem drinkers.

This National Drug and Alcohol Facts Week® is a great opportunity to link students with scientists and other experts to counteract the myths about drugs and alcohol that teens get from the internet, social media, TV, movies, music, or from friends. Instead, teens can learn what science has taught us about drug use and addiction.

Let’s look at the facts.

According to the CDC, alcohol is the most commonly used and abused drug among youth in the United States. According to Columbia University, 11.4 percent of all alcohol consumed in the U.S. is consumed by persons under the age of 21.

In 2013, the Youth Risk Behaviour Survey reported that during the past 30 days:

Helping teens understand the consequences of underage drinking is the first step.

The key to preventing underage drinking is education. Research has shown parents who take an active role in educating their children about the dangers of alcohol and drug use are 50 percent less likely to use these substances. By being open and honest with children about the facts of underage drinking we can increase their awareness of the consequences and prevent them from becoming another statistic.

If you need help talking to your kids about drinking, talk to your Methodist Physicians Clinic health care provider. 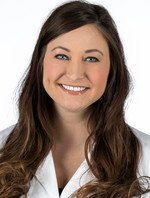