It’s a complicated disorder that can provide even greater complications for women wanting to start a family. Polycystic Ovarian Syndrome (PCOS) can make it difficult – but not impossible – for women to get pregnant.

PCOS is a very common among women of reproductive age. In PCOS, a woman’s ovaries create several fluid-filled sacs called follicles, as opposed to a single follicle, every month. Follicles are the basic units of female reproductive biology. Each has the potential to release a single egg cell, which when met with sperm is fertilized to become an embryo.

Unfortunately, in PCOS that overcrowding in the ovaries and other hormonal issues means ovulation, or the release of an egg, doesn’t happen regularly.

Making it difficult to get pregnant

It’s a very complicated disease, but traditionally speaking, if you are not ovulating consistently every month, then there’s a significantly decreased chance for you to conceive. If you don’t release an egg appropriately every month then it’s not going to be possible for sperm and egg to unite to create an embryo. For women with PCOS, it’s the anovulation that really speaks for the reason for infertility.

"A typical couple who has regular intercourse and does not have to visit a fertility specialist has approximately a 20 percent chance of conceiving each month. Women with PCOS do not ovulate every month, but perhaps only two or three times a year, severely diminishing their chances of conceiving."

Not just about infertility

PCOS affects women in more ways than just with fertility.

A PCOS diagnosis isn’t always apparent to the woman who has the disorder. That’s why physicians encourage regular visits to an OB/GYN, even before you try to conceive.

PCOS is a disorder where a woman creates several follicles on her ovary, but it’s also more complicated than that. It’s really a polymorphic and polygenic disorder, meaning not everyone presents the exact same way. There are tests we can use to ensure you meet this diagnosis with ultrasound and bloodwork levels.

If you have questions about polycystic ovarian syndrome or are considering seeking the help of a reproductive health specialist, start with a consultation from a Methodist Physicians Clinic OB/GYN.

She practices at Methodist Reproductive Health Specialists on the campus of Methodist Women's Hospital. 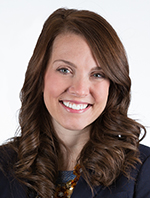