How do you dish out discipline in your household? If spanking is in your arsenal for keeping little ones in line, it’s important to know what the experts have to say about the long-term effects of this kind of punishment.

The American Academy of Pediatrics recently issued a new statement regarding discipline. It’s not surprising that it is largely against spanking or hitting your child.

Studies show that when it comes to discipline, spanking, hitting or speaking harshly to your child simply don’t work. These tactics are not only ineffective, but they also can cause long-term damage to your child’s physical and mental health. In fact, new evidence suggests it may even harm the child by affecting normal brain development.

The vicious cycle of spanking

Spanking has been shown to increase aggression and anger in children. A study completed in 20 large U.S. cities showed that parents who spanked or hit their children were caught in a very negative cycle. When they spanked children for misbehavior, the misbehavior increased, causing more spanking.

Spanking also teaches children that if they’re frustrated, it’s OK to hurt someone. Children who are spanked may be more likely to hit or strike others when they experience frustration or if they do not get what they want.

The repercussions of spanking

Spanking or physical punishment can cause long-lasting effects. Children who are spanked repetitively show higher levels of the hormones associated with toxic stress, and scans of these children’s brains show less gray matter. These children tend to show less impulse control and performed lower on IQ tests.

Verbal shaming can be equally as harmful as physical abuse. Children who are yelled at show greater risks of depression as teenagers. Children who suffer from verbal abuse also show increasing behavior problems.

What is the answer?

Use positive discipline techniques. For example:

It’s important to remember that as kids grow, your strategies need to change. What worked as effective discipline at one age, may not work at the next.

If you are having a difficult time with discipline and your child, talk to your Methodist Physicians Clinic pediatrician and know that you are not alone. Taking a time-out as a parent can also be restorative and give you a bit of perspective. 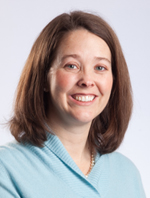