Stand Up! It Can Make a Big Impact on Your Health

Lean to the left

Lean to the right

Stand up, sit down

My seventh-grade social studies teacher was a big Ohio State football fan. On Fridays in the fall, he’d have our whole class yell this cheer at the top of our lungs just before the final bell rang. He knew exactly how many seconds it took, so the bell would ring as soon as we yelled, “Go Buckeyes” (Sorry Husker fans; I grew up in Ohio).

It was the highlight of my week, and it felt great to move around after 50 minutes of sitting.

Fast forward 30 years, and now it seems like I can’t go a day without hearing something about how bad sitting is. “Sitting is the new smoking” is a common phrase.

So what are the benefits of standing? How often should we do it, and for how long? Is there anything else we can do to combat the negative effects of prolonged sitting

Standing is good for you

There’s plenty of research on the benefits of standing. Among the findings: 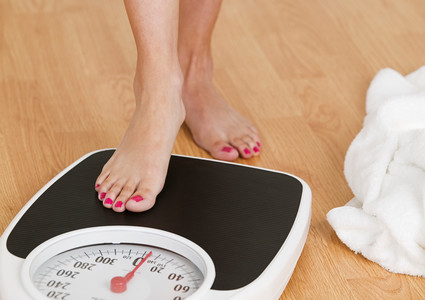 It lowers your risk of weight gain and obesity: One study found that when people were standing instead of sitting, their heart rates increased by an average of 10 beats per minute, resulting in as much as 0.7 more calories burned per minute. By standing for three hours per day, you could burn over 600 more calories per workweek. That’s over 30,000 calories – or over 8 pounds of fat – over the course of a year.

It lowers blood sugar levels: One study found that standing instead of sitting for 185 minutes after lunch reduced a spike in blood sugar by 43 percent. In another study, people alternating between sitting and standing every 30 minutes throughout the workday on average reduced blood sugar spikes by over 11 percent.

It lowers your risk of heart disease: This connection is well-documented. In the 1950s, researchers found that London bus drivers (who largely sat) had far more heart attacks and health issues than bus conductors (who largely stood). More recently, it has been shown that adults who sit for four or more hours per day (usually in front of a screen) have a 125 percent increased risk of heart-related health problems.

It reduces your risk of cancer: Studies have shown that extended sitting can be linked with a higher risk of many forms of cancer – specifically breast and colon cancers.

It reduces back pain and other joint pain: Movement lubricates your joints. Less movement doesn’t just make you stiff. It can also lead to early degenerative changes and disability. Studies have shown that standing desk users see improvement in neck and back pain. Some people find that more standing improves symptoms of arthritis.

It improves mood and energy level: Studies have shown that people who use standing desks report less stress and fatigue, as well as increased vigor and energy.

It may help you live longer: A person could increase their life expectancy by two years if they reduced their sitting time to three hours per day, one study found.

What helps and what doesn’t help

It’s important to note that exercise, no matter how vigorous, does not combat the effects of prolonged sitting.

If standing isn’t an option, consider moving while sitting. For example, use a chair that encourages movement, such as a wobble stool, balance ball chair or a stool that allows you to swivel or rock. 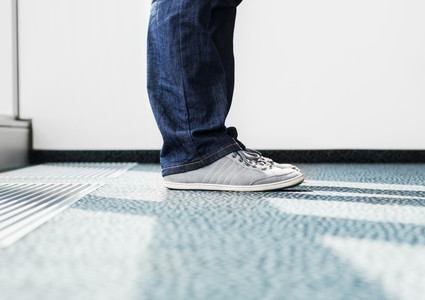 How much and how long to stand

So how much should you stand exactly? The recommendations on this are broad, and there are no hard and fast rules. But if you have a sedentary lifestyle, you’re likely to benefit from more standing.

If you don’t normally do much standing, work on gradually building up your tolerance. Start with 20-30 more minutes of standing each day and work up from there. Remember that you can do more than just stand at your desk. Try to take a quick movement break every 20-30 movements to adjust your posture and improve circulation. For example, you might walk around, stretch or march in place.

Do it for your health

Standing and moving more are simple ways to improve your overall health, and they may even help you to be happier and more productive. So don’t wait. A few small changes can make a big difference.

“I’m inspired when patients get better and get back to doing the things they love to do,” she said. 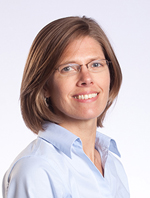