Domestic Violence, and Why Leaving Is Hard

Jacey Gengenbach of Omaha was brutally attacked by an ex-boyfriend after he broke into her Omaha home in 2012.

She contacted authorities prior to her attack, telling them she feared for her life. She knew something awful was going to happen at the hands of her ex-boyfriend, but she was told by police that they don’t file reports on threats alone. She felt hopeless and had accepted the fact that something would have to happen to her in order for authorities to act.

The weekend of her attack, Jacey continued to receive threatening calls and text messages from her ex. It was clear his behavior was escalating.

And on that Sunday in November, Jacey’s calls to 911 were nothing short of horrifying.

She made her first call as soon as she saw her ex pull into her driveway. A dispatcher told her that help was on the way.  As she waited for what seemed like an eternity, the threats kept coming – each one getting worse.

Just when it appeared her ex might be leaving, Jacey quickly realized he wasn’t going anywhere.

She called 911 again, begging for police to hurry, as she frantically screamed, “He is ramming my house with his car!”  The doors were dead-bolted. The alarm was on. But there he was. He rushed up the stairs in one big streak. She didn’t even have a chance to react. They only thing she remembers are his loud grunts – “Ugh! Ugh! Ugh!” – with every blow.

In a recording of that call, you can hear the assault take place.  You can hear the cries from her then 3-year-old son who was in another room. This man was not his father.

When Jacey came to, she called 911 again. It was obvious she had been brutally attacked. Little did she know that police were swarming her house to arrest her ex. Unfortunately, they were too late to prevent the attack. The damage was done.

Jacey’s attacker is now behind bars, serving a 21- to 25-year sentence for domestic assault and terroristic threats.

Jacey is thankful for the officers, investigators and prosecutors that ensured justice would be served for her and her son. She is also incredibly grateful for the outpouring of love and support from the community after her story went public.

She wants people to know, “If someone reaches out for help like I did, believe them.  Know the resources available in your community. You never know when you may be the person that takes the steps with the victim to safety.”

The Cycle of Domestic Violence

Stories like Jacey’s are happening all too often. And the victims of domestic violence aren’t always women. Domestic violence exists any time one member of a relationship tries to obtain power and control over the other.

In Jacey’s case, she recognized a common “pattern of behavior” from her attacker. And that pattern or cycle is usually present in every abusive relationship. It often follows this order:

This cycle can repeat itself over and over, leaving the victim feeling very scared, on edge and confused.

Am I experiencing domestic violence?

Sometimes it’s difficult to see or admit that you’re in an unhealthy relationship.

If you answer yes to even one of the above questions, you could be in an abusive relationship. It’s advised that you seek counseling or talk to someone. Remember: If someone displays power and control in one area of your life, he or she will often continue to show power and control in other areas.

Is my coworker, friend or loved one experiencing domestic violence?

According to the National Coalition Against Domestic Violence, one in four women and one in seven men have experienced severe physical violence by an intimate partner. Think about that. Do you know four women? Seven men? You could be working with, friends with or even related to someone who’s currently in an abusive relationship.

If you answer yes to even one of the above questions, it doesn’t hurt to reach out and offer support. Don’t let the fear and embarrassment of saying something keep you from being part of someone’s survival. It is imperative that victims know they have someone they can lean on when they’re ready to seek help.

Reasons a Person Might Stay in an Abusive Relationship

Being a friend and source of support to someone experiencing domestic violence can be difficult. In many cases, you will be let down and disappointed again and again – especially when you encourage a friend or loved one to leave a relationship, but she chooses to stay anyway.

Some of the best things you can do to help a friend in need include:

Remember: There are a number of reasons a person might choose to stay in an unhealthy relationship, and he or she must decide when it’s safe and appropriate to leave.

Help When It’s Needed Most

Methodist Hospital offers sexual assault and domestic violence services 24/7. It’s home to the longest standing forensic nurse examiner program in the state. No matter your situation, Methodist will assist you. Call (402) 354-4424 any time for help or direction. 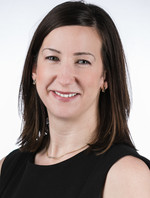