Finding Blessings Where They Can: Couple Overcoming Pregnancy Loss Recognizes Nurse for Extraordinary Care and Compassion

Christine and Ben Hamilton of Louisville, Neb., had been married five years when they realized they might need help getting pregnant.

“We have so many nieces and nephews between us,” Christine said. “So, it was hard to answer all of the, ‘Oh, do you have any kids?!’ And each time it was just like, ‘Well, we want to.’”

After a series of appointments with Carolyn Maud Doherty, MD, a reproductive endocrinologist with Methodist Reproductive Health Specialists, Christine and Ben were shocked to find out that they had actually conceived naturally just prior to their first round of intrauterine insemination (IUI).

But when their son, Jackson, was 2, it became clear to the couple that they probably wouldn’t have the same luck again.  They knew they really would need the help they originally sought if they wanted a second pregnancy.

After a successful IUI with Dr. Doherty, the couple was elated to learn that they were pregnant with a baby girl.

“Having dreamt of being parents, regardless of gender, and to find out through everything that, ‘Oh, my gosh, we’re going to have one of each!’ Those were feelings I don’t know that I could put into words. A lot of tears of joy,” said Christine, a self-proclaimed girly girl.

She would need to deliver a daughter she’d never get the chance to raise.

“To go to the hospital knowing you won’t be bringing a baby home? And then to see another couple in the parking lot and hear them say, ‘Oh! Looks like we’re here for the same reason!’ – I’ll never forget that moment,” Christine said as she gave in to the tears that began welling up. “All I could think was, ‘I really pray that we’re not.’”

A straight shot to a “real-life angel”

Methodist Women's Hospital was the last place the couple wanted to be on the day of Christine’s unexpected delivery.

“But in another sense,” she said, “I also felt so blessed that we were at Women’s. From the staff to the hospital layout – I mean, we could park and get to the unit pretty quickly and easily. There weren’t a lot of long hallways we had to navigate. And when you’re there for the reason we were, that’s important.”

It was a straight shot, so to speak, to a “real-life angel” who would eventually help them process all the emotions surrounding the birth of their little angel.

After four days in the hospital and a week after learning what was to come, Christine was finally able to deliver her baby girl. And when Christine and Ben met labor and delivery nurse Deena Weatherwax, BSN, RNC-OB, C-EFM, they knew they were in the right place. 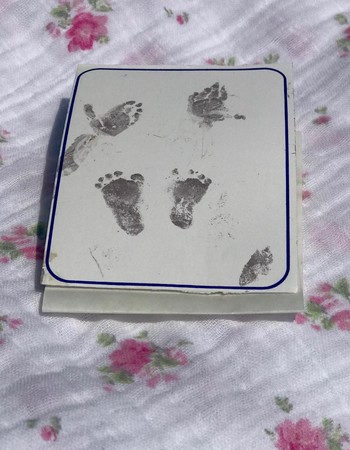 “There was just something so sincere about her,” Christine said. “And it’s not that other nurses weren’t. It wasn’t that anyone else had done anything wrong. But there was this unique, automatic comfort and peace with her.”

“She displayed such a fine balance of compassion and professionalism,” Ben said. “It was so natural for her – figuring out what we needed and wanted. Without asking questions, she knew when to stay and hold a hand or leave for a couple hours.”

She also knew that going out of her way to get the tiniest of keepsake hand and footprints would mean so much to the couple. She even arranged photography for the family before they said goodbye. And through it all, Ben said, Weatherwax remained calm. 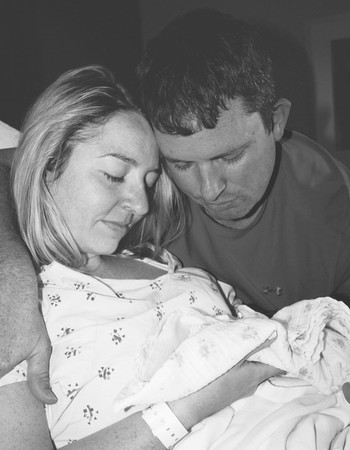 When asked how she kept it together during her time with the Hamiltons, Weatherwax admitted: “I didn’t. I cried in the bathroom. I cried the whole way home.”

The most poignant of moments for Weatherwax came right before Ben handed his daughter – Brooklynn Victoria – over to be cremated. It was then that Weatherwax witnessed Ben sing to his little girl, recite scriptures to her and initiate a daddy-daughter dance with her.

“It was the sweetest, most tender moment I’ve ever experienced in my life,” Weatherwax said. “I’ll never forget it.”

And Christine and Ben will certainly never forget Weatherwax. For her extraordinary care and compassion, they nominated her 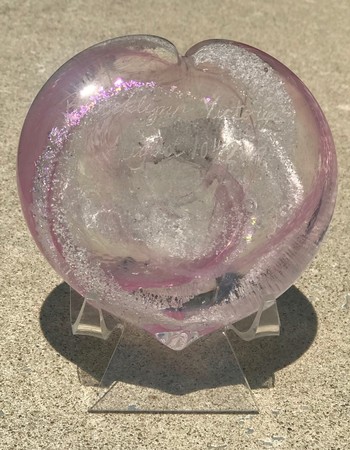 for The Daisy Award.

“It’s very special,” Weatherwax said as she wiped away her tears. “It means a lot that they would think of me in this way.”

At Weatherwax’s award celebration, it was apparent that the couple and nurse had remained friends over the past several months. Without missing a beat, they caught each other up on what was new in their lives. Christine showed Weatherwax a photo of the memorial they had made for Brooklynn: a glass-blown pink heart with her ashes blown into the design.

She told Weatherwax of the pink tulips they had planted at home. They also planted a tree with pink flowers that bloom every August – the birth month of not only Brooklynn, but of their rainbow child, Hunter, who was born August 4, 2020. 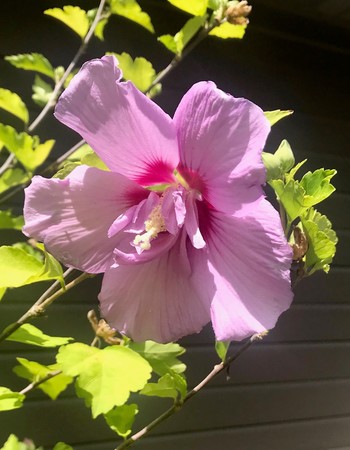 Hunter, another IUI success, was due on August 10, Brooklynn’s birthday.

“So many signs continue to remind us that God is in charge,” Ben said.

That’s especially true, he said, when it comes to the people that were put in their lives during this trying experience.

Todd Lovgren, MD, a maternal-fetal medicine specialist at Methodist Women’s Hospital helped deliver Brooklynn. He, too, has personal experience with losing a child.

“I mean, when we found that out, we just … I don’t know. There’s a reason for everything,” Ben said.

And while Christine and Ben are grateful to everyone involved in their care, they will always feel a debt of gratitude toward the one nurse who remained by their side.

“At the end of the day, a hospital is a business,” Christine said. “We were there for a procedure – a clinical thing – and there’s a checklist when it comes to things like that. But she took all those feelings away. It wasn’t clinical when she was around. It was personal.”

One of their biggest blessings

The pain of losing Brooklynn still runs deep. Christine and Ben are still working through grief while trying to help Jackson make sense of everything that’s happened.

“A little while after losing Brooklynn, he told me, ‘Mommy, I hope this next baby is a 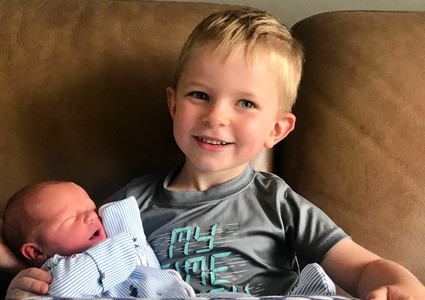 boy, because baby girls die.’  So, trying to explain those types of things and answer his questions have been really hard,” Christine said.

But having recently welcomed their newest addition into the world, the couple continues to find joy in their journey and every person they meet along the way.

In Weatherwax’s nomination letter, Christine, a nurse herself, wrote: “Deena truly exudes what it means to be a nurse.  Anyone lucky enough to have her as their nurse will leave feeling they were touched by an angel. Given the situation we were in, we look to find the blessings.”

And Weatherwax, she said, will always be one of their biggest.