If you haven’t had a urinary tract infection (UTI), you likely know someone who has. The term UTI applies to an infection or inflammation of the urethra, bladder or kidneys. It’s the result of bacteria from outside the body entering the urinary tract.

UTIs are extremely common, with over 8 million doctor’s visits annually for the condition. They’re also often easily treated with antibiotics. Still, they can cause serious complications – resulting in hospitalization and even death – and they can be difficult to recognize in children and older adults.

Women are more prone to UTIs because their urethras are shorter and closer to the rectum – factors that can make it easier for bacteria to infect the urinary tract. Young children and older adults are also more at risk for UTIs.

Other risk factors for a UTI are:

UTI Symptoms at All Ages

Symptoms of a bladder infection can include:

Symptoms of a kidney infection can include:

Symptoms of a urethra infection can include:

When To Get Help

If you or a loved one are experiencing symptoms of a UTI, don’t hesitate to contact your primary care provider. The same goes for unusual or concerning symptoms in children or adults who may have trouble communicating their symptoms.

UTIs are typically identified by their symptoms, a physical exam and sometimes a urine test. UTIs are among the most common infections, and they’re usually treatable with antibiotics.

Left untreated, a UTI can increase the risk of future similar infections. UTIs can be especially dangerous if they spread to the kidneys, as they can lead to permanent kidney damage or sepsis – a life-threatening condition resulting from your body’s response to the infection.

Older adults may be more at risk for UTIs because of many of the factors listed above: For example, they may have gone through menopause, have an enlarged prostate, have conditions like diabetes that suppress the immune system, or use a catheter or adult diapers.

Meanwhile, UTIs can be especially dangerous for people in this age group because they may be overlooked or mistaken for other conditions. Classic UTI symptoms like frequent urination or a burning feeling while urinating aren’t always present or as intense with older adults. Further, if they have cognitive issues, they may have difficulty communicating their symptoms to others.

Symptoms of a UTI in an older adult can include:

Some simple steps can help prevent UTIs. They include:

Be Proactive With Your Health

If you or a loved one are experiencing UTI symptoms or any unusual or concerning symptoms, don’t hesitate to contact your health care team. Like with many conditions, identifying and treating UTIs early is the best way to maintain your overall health.

Kylee Stanley, MD, an internal medicine physician with Methodist Physicians Clinic, doesn’t remember wanting to be anything other than a doctor. She was inspired by all the providers who cared for her while she battled health challenges as a child.

“When I was little, I thought I wanted to be a pediatric gastroenterologist, which is very specific for a kid,” she said with a laugh. “But as I went through medical school, I realized I had more of a passion for adult care.”

As an internist, Dr. Stanley cares for adults of all ages, but she especially treasures the relationships she builds with her geriatric patients. To her, The Meaning of Care is about creating “family-like relationships.”

“It’s about making my patients feel comfortable and safe.” 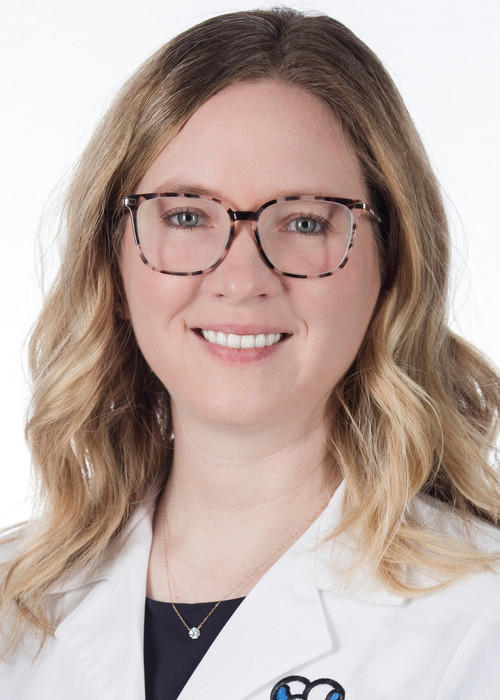