Gallstones and Gallbladder Surgery: What To Expect From a Common Condition and Procedure

It’s estimated that about 25 million people in the U.S. have gallstones, and 1 million people are diagnosed with them each year. And while about a quarter of those new cases require treatment, people who suffer from painful gallbladder attacks – when gallstones block bile ducts – don’t soon forget the experience.

The good news is that surgically removing the gallbladder is a common, safe and effective way to treat gallstones in many cases.

To better understand cholelithiasis – better known as gallstones – it’s helpful to be familiar with your body’s biliary tract and the role it plays in digestion. The biliary tract is made up of the gallbladder and bile ducts. The gallbladder stores bile produced by your liver, releasing it through the bile ducts to the small intestine after you eat to help with digestion.

Many people with gallstones have no complications – a condition sometimes called “silent” gallstones that doesn’t require treatment.

The trouble comes when a stone or stones block the bile ducts, which can cause bile buildup in the gallbladder resulting in a gallbladder attack – also known as biliary colic.

Symptoms of a gallbladder attack can include:

These symptoms may follow a heavy meal (particularly a fatty meal), and they often occur at night. They may last for several hours and usually stop when the bile ducts are no longer blocked by gallstones. But if you experience one gallbladder attack, more are likely to follow.

If you’re experiencing symptoms of a gallbladder attack, contact your primary care provider. If your symptoms last longer than six hours, you should go to the emergency department. Your symptoms could signal a number of conditions requiring medical attention, including:

A medical provider may diagnose gallstones through a variety of methods that can include a physical exam, blood test, ultrasound, CT scan, MRI or other imaging tests.

Left untreated, blocked bile ducts can cause serious issues, including damage to the gallbladder, bile ducts or liver, and sepsis – a serious infection that can be fatal.

There are some nonsurgical treatments for cholesterol stones, but the most common treatment for gallstones is the surgical removal of the gallbladder – which isn’t essential to the human body – using a procedure called cholecystectomy. In fact, this is one of the most common surgeries performed on adults in the U.S.

Gallbladder removal is typically performed laparoscopically. In this minimally invasive approach, a surgeon uses small incisions to insert a laparoscope (a small instrument with a camera) through one incision and surgical tools in the others to remove the gallbladder. Patients usually experience less pain and have smaller scars from this minimally invasive method than following open surgery.

An open surgery may be necessary if a patient has abnormal bleeding or a surgeon has difficulty seeing the gallbladder using laparoscopic techniques because of issues like significant scar tissue or abnormal anatomy.

A routine cholecystectomy is an outpatient procedure that usually lasts less than an hour. Most patients are discharged to return home a few hours after surgery, but they are encouraged to avoid heavy lifting for several weeks to prevent hernias. Most patients can resume a regular diet after surgery but should consider avoiding fatty foods as they recover.

Some people are more at risk to develop gallstones. They include:

A healthy lifestyle is key to preventing gallstones. That includes:

Diet. Aim for a healthy diet that’s rich in fiber and healthy fats, and has less sugar and refined carbohydrates.

Exercise. Incorporate regular physical activity into your routine. Strive for at least 150 weekly minutes of moderate-intensity exercise, such as brisk walking. Muscle-strengthening activities such as weight lifting are also recommended at least two days a week.

Healthy weight loss. People who are overweight or obese are more likely to have gallstones, but a measured approach at losing weight is recommended. Fast weight loss through crash diets or low-calorie plans can cause your liver to release more cholesterol into bile and keep the gallbladder from emptying properly.

While no one wants to experience a gallbladder attack or surgery, your Methodist team is committed to helping you navigate all aspects of your care – gallbladder attack prevention, diagnosis, treatment and recovery – with an individualized plan that meets your needs.

Like many doctors, Chris Gartin, MD, dreamed of pursuing medicine from an early age. His unique perspective was formed after his grandfather received a heart transplant.

“It had a huge impact on me,” said Dr. Gartin, a general surgeon based at Methodist Physicians Clinic in Fremont. “I thought it was amazing – scientifically that it’s even possible, but also all the memories you’re able to make with that person because of medicine and the surgery.”

Inspired by his grandfather’s experience, Dr. Gartin initially wanted to be a cardiothoracic surgeon. But during his medical training, he decided to focus on general surgery. He loves the variety his work offers, whether he’s meeting with a patient pre- or postoperatively, performing a surgery, or caring for patients at the Methodist Fremont Health Center for Wound Healing. 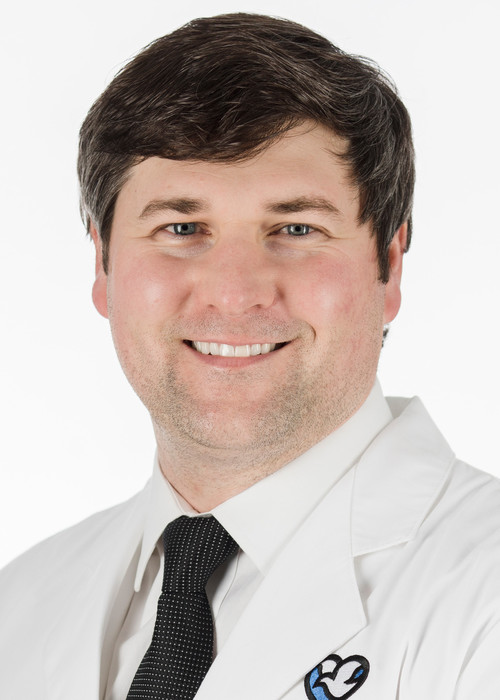