She was never one of those people who thought it’d never happen to her.

“I always thought I’d someday get breast cancer,” said Peg Bartelt, 70. “My grandmother had breast cancer. I assumed I might eventually get it, too.”

So, it wasn’t a cancer diagnosis that caught her off guard – it probably wasn’t even the fact that she had ovarian cancer. It was a size of the tumor growing inside her that nearly brought a wife, mother and grandmother to her knees.

In August 2015, Peg visited her primary care physician for an annual exam, which included a pelvic exam. He saw something concerning but was limited on details. 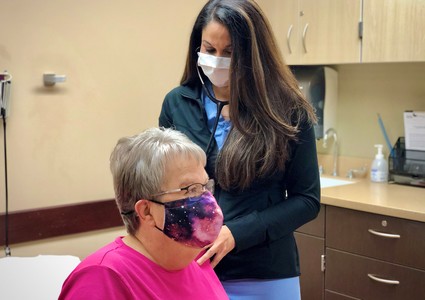 “From the moment I met her, I felt comfortable,” Peg said.

“She was very easy to treat from the start,” Dr. Nadkarni said. “She put her trust in those caring for her, and she was always honest about how she was feeling and what she thought she could handle. From a provider’s perspective, that’s important.”

After an ultra sound and CT scan, Dr. Nadkarni decided that the retired preschool teacher would need a hysterectomy.

“That’s where it starts to get blurry,” Peg said. “Because everything after that happened so fast.”

The Meaning of Care All in One Place

Peg’s surgery was scheduled just a few days later. Before surgery, though, she had an important decision to make: She was offered the chance to participate in a unique clinical trial.

“I had so many things going on in my head,” she said. “So, I didn’t think about it very long. The fact that they were going to be following me so closely after treatment, though, gave me some peace of mind. So, I said yes.”

Not only did Peg need a hysterectomy, she ended up having her gallbladder and appendix removed, too.

The conclusive diagnosis after surgery? Stage 3. The tumor in Peg’s abdomen was the size of a basketball.

“I said, ‘How did I not know that was there?!’ I mean, I had no symptoms whatsoever.”

After surgery, Peg needed six rounds of chemotherapy, which was followed by 10 clinical trial injections. She experienced mild side effects and a little discomfort, but treatment was nothing she couldn’t handle. Especially with the support system she had in her family, church and care team at MECC. 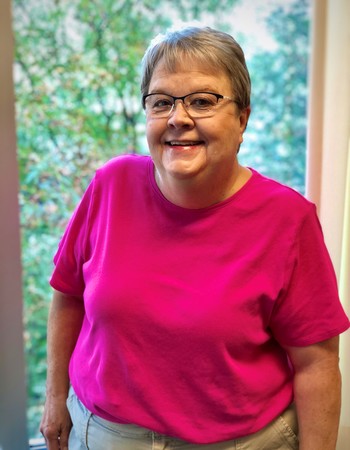 “I remember hearing some of my friends – who are also cancer survivors – telling me that they had to hop from this doctor to that doctor, that appointment to this appointment. I didn’t have to. Everything was right there. It made the whole experience a lot less stressful.”

She praises Dr. Nadkarni and her team for their personalized patient-centered approach, and she feels blessed to have met the Inner Beauty Salon staff who treated her with compassion and sincerity when she needed help finding a wig.

Peg vows she’ll never steer another person with a similar diagnosis elsewhere: “I’ve had plenty of experiences at other hospitals here locally. And I can say without a doubt that Methodist is the best in Omaha. From the very first phone call, you feel cared for. Everyone – they all exude The Meaning of Care, which I know is their mantra, but it’s also the truth.”

Dr. Nadkarni will be the first to admit that the prognosis for ovarian cancer isn’t good.

“Especially for those with late-stage cancer,” she said. “There is a very low likelihood that they would survive longer than five years.”

But Peg, she said, is living proof that the disease is beatable.

“The hardest thing about ovarian cancer is that it’s very difficult to detect,” Dr. Nadkarni said. “There’s really no optimal screening for it. You can’t detect it on a pap smear, and the blood test we use as a cancer marker isn’t reliable for everyone. So, until we find a better way of screening patients, pelvic exams are what we’ve got. And I can’t stress enough the importance of getting one annually.”

And while Peg’s case proves that not everyone experiences symptoms, Dr. Nadkarni also urges women to listen to their bodies. The following symptoms warrant a conversation with your provider:

Peg will never know whether she got the clinical trial drug or a placebo.

“All I know is that I’m extremely thankful that after five years, I’m still alive and can talk about this,” she said. “I can tell other women how important those annual exams are.” 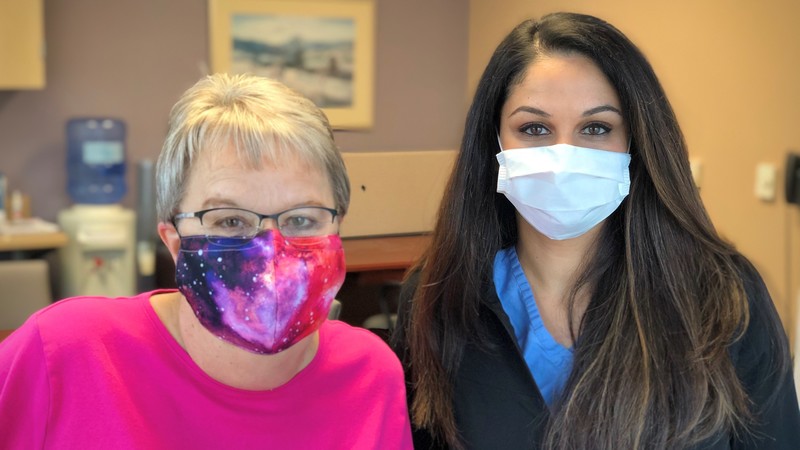 And she can tell them something she so vividly remembers one of her daughters telling her at the beginning of her journey: “She said, ‘Mom, this is not a death sentence. You can beat this. You’ve just got to fight like a girl.’”