Achieving Breastfeeding Success Through Systemwide Support: ‘It Takes a Team, but That’s Why We’re Here’

After struggling with fertility issues for years but finally achieving pregnancy in July 2015 with the help of medication, Kalie Holtz of Fremont quickly began anticipating a beautiful breastfeeding experience.

“It lasted about two weeks,” she said. “There were a lot of tears, a lot of feelings of failure. His latch wasn’t very good, and I really never produced anything more than colostrum.”

Five years later, a surprise for Kalie and her husband. Without any fertility assistance, they learned they were expecting their second child.

“Our little miracle,” Kalie said of their baby girl, Leighann, born at Methodist Women’s Hospital on May 18, 2022.

Despite Kalie’s previous attempt at breastfeeding, she knew she wanted to try again. Again, she was immediately met with challenges. 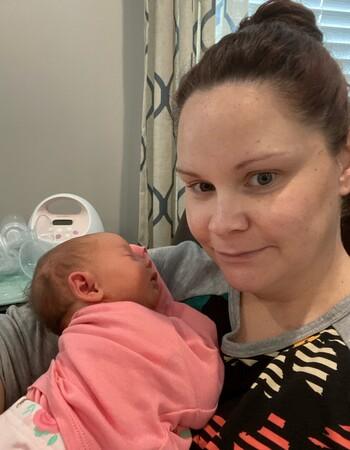 Supplementing with formula has been somewhat unnerving, Kalie admits, but she now better understands that breastfeeding is a journey – that growing an adequate milk supply can take time, and patience is part of the process. It’s a mindset she largely credits to ongoing lactation support that started in the hospital and now continues closer to home.

After receiving inpatient support from certified lactation consultant Catie Van Gestel, BSN, RN, IBCLC, Kalie returned home with a referral that would make all the difference in the days that followed.

“It’s so imperative that we work together with lactation consultants from each of our hospitals,” Van Gestel said. “We can give them a call and say, ‘Hey, I’ve got this mom, here’s her situation, and I’ve really encouraged her to follow up with you.’”

“She was everything I needed,” Kalie said of Moore. “She took all the pressure off by assuring me that no matter how much I produced, some breastmilk was better than none.”

“I think moms often feel like it’s all or nothing when it comes to breastfeeding,” said Moore, who was inspired to pursue a career in lactation after her own “breastfeeding failure.” “And that’s why I feel like Kalie’s story is so important. Because she’s found that balance of not being able to exclusively breastfeed, but she’s also not throwing in the towel. She just keeps going, keeps trying new things, pivoting a little bit here and there, and she keeps having results.”

At the advice of Moore, Kalie has taken advantage of breastfeeding support groups, which are offered at Methodist Women’s Hospital and Methodist Jennie Edmundson Hospital.

“We basically just sit around in a circle and feed, which doesn’t sound like much,” Kalie said. “But there’s something so empowering about hearing from other moms on what they struggle with and what’s working for them.” 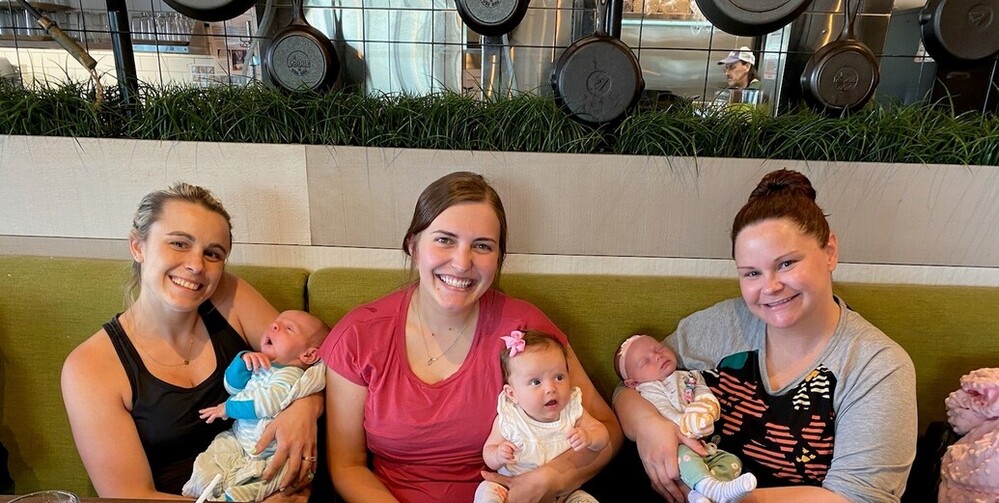 “Peer support from somebody who’s going through something similar is vital,” said Moore, who’s also a big advocate of Methodist’s breastfeeding classes, offered in Fremont, Omaha and Council Bluffs.

Although education is a big part of the health system’s unmatched commitment to supporting breastfeeding women, Methodist also uses innovative measures to meet moms where they’re at. Outside of hands-on inpatient and outpatient support, Methodist has a triage line – (402) 815-MILK – for questions that arise at any point during a mom’s breastfeeding journey. Virtual lactation assistance was also recently launched at Women’s Hospital with the goal of expanding to Jennie Edmundson and Methodist Fremont Health.

“At Methodist, breastfeeding is viewed as a very important piece of health care,” Moore said. “It’s viewed as a critical role in Baby’s well-being, and we’re constantly looking for ways to make support more accessible for moms.”

At her core, Kalie believes “fed is best.”

“But with supplementing, I’ve seen the difference,” she said. “Leighann doesn’t spit up as much. She’s less fussy. She’s just happier after breastmilk.”

And that’s reason enough, she added, to continue nursing and pumping every two hours – no matter how many ounces she yields.

“Especially now, I want to continue providing her my vaccine antibodies,” said Kalie, who received her COVID-19 booster shot at 13 weeks gestation. “I also don’t want to have to rely on formula during a shortage. Although I’d love to be able to breastfeed for a year, I’m taking it day by day, knowing that any amount I produce has benefits.”

And the benefits, Moore said, extend well beyond nutrition and convenience.

“More than anything, I believe breastfeeding adds value to community wellness as a whole,” Moore said. “I know that by helping moms be the best moms they can be, I’m helping them raise happy, healthy children and, eventually, valued members of the community.”

Breastfeeding continues to get easier by the day, Kalie said, but she still checks in with Moore occasionally – when she has a question or encounters another hurdle. And sometimes, it’s Moore who checks in.

“And I think that’s The Meaning of Care,” Kalie said. “It’s in the follow-up. I remember getting a call from Catie the day after leaving the hospital – just seeing how things were going. And I still get calls from Tracy. Just the continued outreach shows that they truly care about Leighann and me. I’m convinced we wouldn’t be where we are today without the support we received.”