The Unsung Heroes of Incident Command: ‘You Might Not See Us When You Need Us, but We’ll Be Here’

“It was a bus accident near Minden, Iowa, in June 2011,” said Schmid, director of emergency services and emergency management for Methodist Jennie Edmundson Hospital,. “We got about 20 students in on that. Pretty significant, but yet Incident Command was only up for about five hours. That’s all that was needed to ensure we had the processes in place to properly care for that influx of patients.”

Over the years, Methodist Health System has trained for and deployed similar ICS structures for power outages, flooding and other situations in which conditions begin to normalize within hours, days or – in rare cases – weeks.

More recently, in March 2020, when Nebraska’s first COVID-19 diagnosis was confirmed at Methodist Hospital, it again became clear that an ICS was needed, but it was anyone’s guess as to how long it’d be necessary.

The Challenges of Being Unified

With so many people from multiple hospitals involved, clear communication immediately became difficult. Perfecting various plans also proved challenging during a time when information and federal recommendations were continually changing. Some of the key players who committed to the long hours that ICS required quickly began feeling the pinch.

“The long days did catch up,” said Val Goodman, MS, MA, incident commander and director of emergency management for Methodist Health System. “There was fatigue – and a lot of it.”

At the end of April, reality set in for the health system: An ICS was still needed, but it needed to be operationalized.

“We knew COVID wasn’t going away,” said Julie Murray, vice president of ancillary and professional services for Methodist Hospital and Methodist Women’s Hospital. “And we just couldn’t function in this constant state of emergency – this all hands-on-deck, perpetual state of Incident Command. People had to get back to work. There were still people we needed to care for in our emergency departments. There were still imaging tests we needed to do. There were still people who needed cancer treatment. We needed to carry on our normal operations. So, we took the plans we made in those first few months of the pandemic, and we infused them into our everyday work environments.”

As part of the transition from one unified ICS to two smaller readiness teams, Murray became the leader of Operational Readiness. She oversaw work groups with representatives from each hospital that were in charge of tackling issues regarding elective surgeries, patient surges, employee health and labor, screening and testing, and infection prevention.

“Those operational work groups helped us standardize where we needed to standardize while still allowing each hospital to function in a way that made sense for their local conditions,” Murray said. “We needed to remain mindful that our communities – Omaha, Council Bluffs and Fremont – are very different. We had to stay focused on taking care of our people the best way we could, and these work groups gave us that flexibility.”

Bill Vobejda, vice president of integrated services for Methodist Health System, led Emergency Readiness. He oversaw teams in charge of construction, supplies and personal protective equipment, information technology and virtual care, and eventually COVID-19 vaccination planning. Some of his toughest decisions were made in November, when COVID-positive patient numbers surged at each hospital.

“We were talking about the potential of medical gas shortages,” he said. “We were looking at ways to make spaces for negative air pressure. And how do we work with third-party vendors to get them in our facilities safely to do things we never really thought we’d ever have to do?” 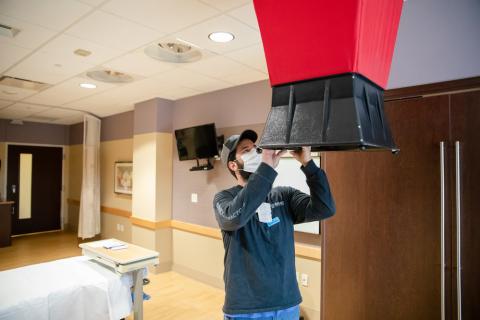 The stress of his new role was exhausting, he said, but it never compared to the emotional rawness of some of the duties he soon found himself responsible for.

“For me, personally, it was the time spent talking about the potential need for refrigerated trucks to handle the overflow of the deceased. I would have never thought in my career that I would have to understand where we get them and where we put them once we do get them. And, in the meantime, looking at spaces to house those patients who had passed away. We were very close to pulling that trigger a couple of times. I mean, these are people’s family members we’re talking about. These are our patients. It was … completely sobering. A very tough swallow.”

Hope began to emerge in December, when Methodist received its first shipment of COVID-19 vaccinations for its frontline workers. 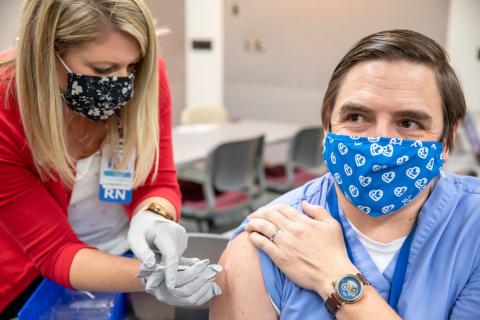 Because much of Methodist’s ICS efforts revolved around supporting frontline staff, this was a long-awaited breakthrough. And thanks to a proposal by Goodman two years prior, the hard work of planning vaccine distribution had already been done.

In 2018, Goodman approached Methodist Employee Health with the idea that he and his emergency management team ought to take over and man employee flu vaccination clinics as “practice” for a larger-scale event. He eventually got the green light.

“Taking over those flu clinics was strictly meant to serve as a drill,” Goodman said. “Just in case we’d ever find ourselves, yeah, in the middle of a pandemic and would have to perform mass vaccinations. If it ever came to that, we’d be ready with a process.”

“All the things we learned from those flu vaccine clinics really made our COVID-19 vaccination clinics run that much more efficiently,” Oliva said.

Getting shots in arms may be the most publicly visible benefit of Methodist’s ICS efforts during the pandemic, but that certainly hasn’t been the only one.

“The public may never know about Incident Command or understand it, and that’s OK,” Schmid said. “All they need to know is that it sets us up to take better care of our patients when disaster strikes.” 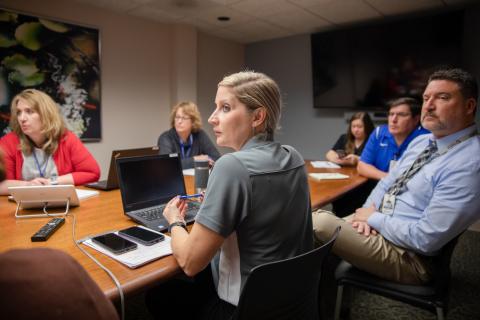 “We’re kind of the silent people who keep putting papers in front of others and herding them in a different direction when necessary,” Oliva said. “Nobody really sees us, but they’d feel it if we didn’t exist.” 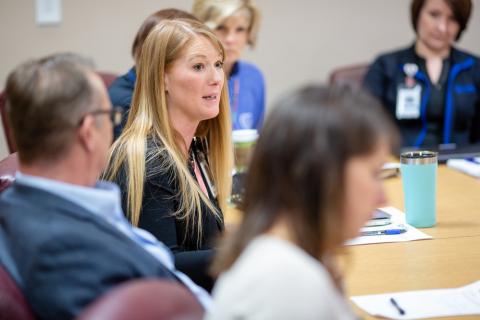 “I’m just really proud of the things we accomplished in such an unprecedented time,” Murray said. “In health care, I think there’s this notion that it takes forever to update a policy or make a significant change. No, it doesn’t. We revamped our entire operations not once, not twice, but three times in 2020, and we did so on a dime. We can make good decisions with the right people around the table.” 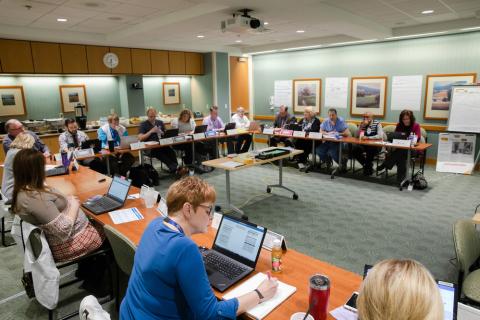 And while those “people around the table” – following a bus crash or pandemic – may not be serving on the front lines, they’re still heroes, holding everything together behind the scenes. 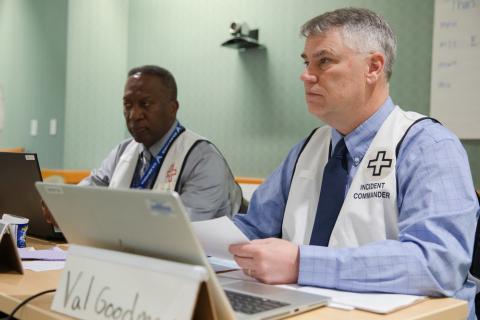 “That’s where we’re supposed to be,” Goodman said. “That’s part of emergency management. That’s our job. You might not see us when you need us, but we’ll be here.”