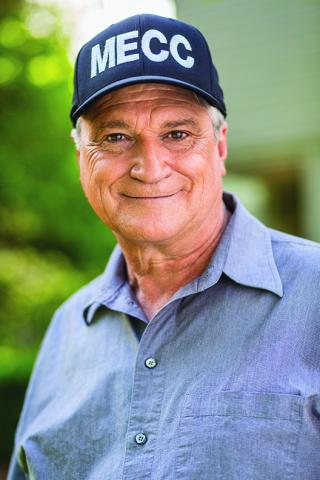 “I decided to go down swinging and help as many people face their own cancers as I could before I died,” explains Jon McAlpin, a retired firefighter who beat prostate cancer in 2007. Four years later, when diagnosed with a rare intestinal cancer that had spread to his lymph nodes, Jon planned his suicide. Jon credits oncologist David Silverberg, MD, with giving him his life back. For a while, it seemed treatment might deliver the knock-out punch, but eventually a new tumor was discovered in his small intestine. Such cancers were considered inoperable, unkillable by chemotherapy and positioned where the body cannot withstand radiation therapy — until a trio of doctors entered this third round. “I can’t thank my doctors enough,” Jon says. “They pulled off things for me that aren’t in the medical books.” Dr. Silverberg used chemotherapy custom-made for Jon’s DNA. Surgical oncologist George Dittrick, MD, used an innovative technique to remove the tumor and inserted metal clips along the tumor’s borders in Jon’s body. Finally, to destroy any remaining cancer cells, radiation oncologist Randall Duckert, MD, radiated only the area outlined by the clips. Another key player in Jon’s battle against cancer was the nutrition therapy services offered through Harper’s Hope. Jon fought terminal cancer with great humor, optimism, grace and hope — the same qualities he brought to his second career as a greeter at Methodist Estabrook Cancer Center. For three years, including his treatment days, he welcomed everyone with his perpetually bright smile, knowing how comforting words and warm hugs can be. Today, Jon is retired once more, with no evidence of disease in his body. He and his wife, Jackie, plan to share the famous McAlpin good cheer as volunteers in the infusion center.