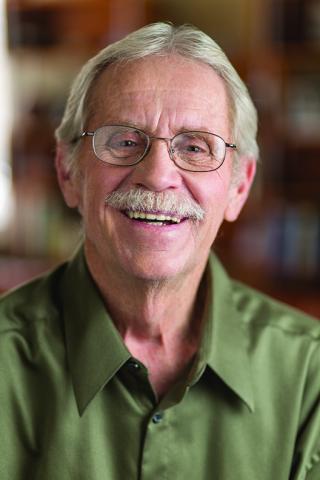 "Maybe there is hope after all — that’s what I thought when I came for treatment and saw the cancer survivors’ photos on the wall," Ernie Brenneis remembers.

After Ernie was diagnosed with pancreatic cancer in 2011, he and his wife, Carolyn, began putting affairs in order. "For four decades, I’ve volunteered on a fire department rescue squad, taking too many folks on their last ride to the hospital," Ernie explains. "I knew this kind of cancer doesn’t give many second chances." Pancreatic cancer was especially frightening because Ernie had lost a nephew and a brother-in-law to the disease, both just six weeks after diagnosis.

The care team at Methodist Estabrook Cancer Center made a different outcome possible for Ernie. Today, Ernie remains a man on the go.

Though officially retired, he still rises at 5 a.m. to stay active as an EMT, stockcar crew chief, avid fisherman and frequent traveler with Carolyn. Delighted to be able to plan new adventures, Ernie says, "We have more trips to take."