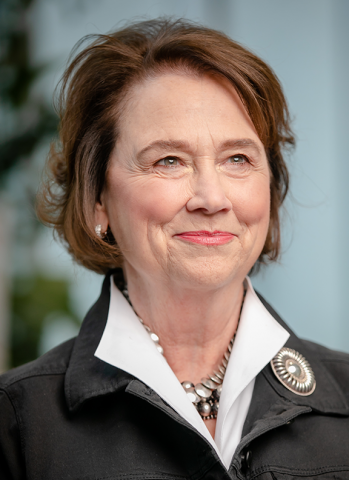 Cancer. She knew she had it all along.

She made an appointment with her doctor, and after a few misdiagnoses, “I finally said, ‘You need to do a cancer workup. I think I have cancer.’”

As soon as it was confirmed, Leslie made calls elsewhere and was eventually referred to hematologist and oncologist Stefano Tarantolo, MD. This was Leslie’s first introduction to Methodist Health System. She was diagnosed with follicular non-Hodgkin lymphoma.

“I never asked what stage of cancer I was in, because I wasn’t sure I wanted to know.”

A couple of weeks into chemotherapy, Leslie began losing her hair. She made an appointment to get her head shaved at Inner Beauty Salon inside Methodist Estabrook Cancer Center. That’s one of many services offered at the salon through Harper’s Hope.

“I had a couple of tears,” Leslie recalled. “I didn’t really cry.”

She knew she was in a safe place – a place that filled her with hope.

And when she was ready to learn the stage of her cancer, Dr. Tarantolo said it was stage 4.

After 24 weeks of treatment, Leslie was declared cancer-free. She may not have cried much throughout her cancer journey, but she’s certainly emotional now.