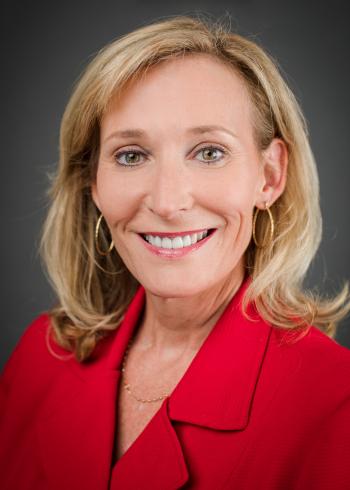 Teri Bruening, MSN, RN-BC, CNE, has been in health care since 1985. As a licensed registered nurse since 1986, she has filled many roles in nursing.

Since 2009, Bruening has led the patient care division as the vice president at Methodist Health System and is the chief nursing officer for both Methodist Hospital and Methodist Women’s Hospital.

Prior to joining the Methodist family, she provided leadership at Alegent Health (CHI) Bergan Mercy Medical Center as the Chief Nurse Executive from 2005 - 2009. She holds specialty certification in gerontological nursing and nurse executive leadership.

She is an active member of St. Pius X Parish and volunteers as a Eucharistic minister and lector. She is also a "Big Sister" for an 11-year-old in the Omaha community as a volunteer of Big Brothers Big Sisters of the Midlands.