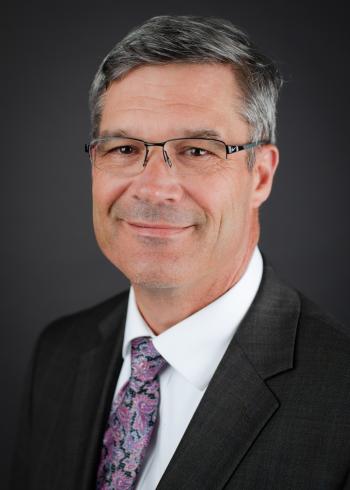 Todd Grages was named president and CEO of Methodist Physicians Clinic (MPC) in 2005. In this position, he oversees one of the largest multispecialty medical groups in Nebraska with a staff of more than 425 providers in over 40 locations throughout eastern Nebraska and western Iowa.

Grages is a Fellow of the American College of Medical Practice Executives and a Fellow of the American College of Health Care Executives. He served on the board of directors of the Medical Group Management Association (MGMA/ACMPE) for seven years. He served as chair of the MGMA Board of Directors in 2018-2019. In 2022, the MGMA Board of Directors voted to honor Grages by designating him as a distinguished member of the MGMA/ACMPE – just the 61st of over 60,000 members to receive that status. He has also served the MGMA as a past member of the certification commission and a member of the ACMPE Examinations Committee, where he was chair in 2013.

Grages currently serves the MGMA as a member of the Certification Commission that oversees the ACMPE Board Certification and Fellowship programs. He holds a Master of Science in Business Administration from Boston University and a Bachelor of Arts in Chemistry from Concordia College in Moorhead, Minnesota.

He joined Methodist Health System from Trinity Health in Minot, North Dakota, where he served as vice president of physician services. Prior to his 11 years at Trinity Health, he was assistant vice president of health care affairs for Blue Cross Blue Shield of North Dakota. Prior to joining Blue Cross, he served as a nuclear, biological and chemical officer in the U.S. Army. Grages was stationed in Schwabisch Gmund, Germany, in the 56th Field Artillery Pershing nuclear unit. After his four-year tour of duty in Germany, he was deployed to southwest Asia to support Operation Desert Storm and served in the 1st Armor Division and was awarded the Bronze Star Medal.

As a medical practice executive, Grages is committed to achieving and maintaining a culture of excellence. MPC has been in the top 5% nationally in the American Medical Group Association Provider Satisfaction Survey since 2012 and achieved its highest performance, the 97th percentile, in 2020.a